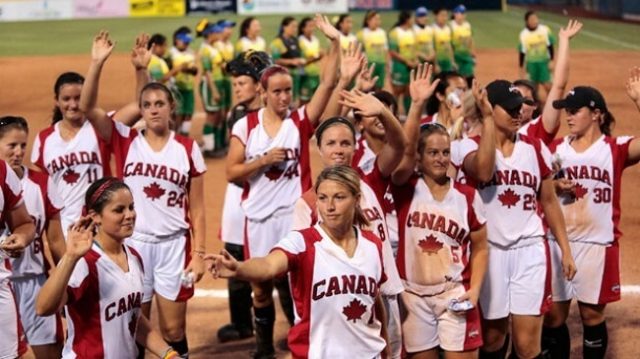 A walk-off homer and a mercy rule ending on Sunday effectively catapulted the Canadian women’s softball team towards a berth in Tokyo’s 2020 Olympic Games. An emotional Kaleigh Rafter after the qualifier against Brazil delivered a moving ode to women’s softball in the country and said that it had for the most part become her life and everything that she is currently about. Rafter played a leading role in ensuring that Canada be granted an attempt at bringing home the gold in 2020.

Softball last featured in the Olympic Games in 2008 and Rafter (now 33) was one of only three players on the current team to have played during that particular year when the games were hosted by Beijing. Canada only just missed a podium position in 2008 after having finished in 4th position on the leader board.

Coach Not At All Surprised

Rafter scored three additional runs over and above the walk-off homer that saw Canada demand a mercy-rule ending after having widened the score-gap to 7-0 over rival Brazil. But Rafter’s stellar performance was no surprise, said coach Mark Smith during his post-game interview.

Smith described Rafter as an emotional and charismatic leader; the type of player and leader that just about everyone else is instantly drawn to. Smith also commented on how Rafter had spent most of last season battling a knee injury and how most of the summer was spent trying to re-establish her A-game.

Smith said that it was quite befitting that Rafter should have stole the qualifier show, especially since she had finally ascended to the level of performance that everyone else on the team had considered her to be more than capable of achieving. All of the hard work, effort and self-talk had finally paid off for the star player.

Veteran pitcher Danielle Lawrie sided with Smith and said that in her opinion, Rafter had played more than just a contributory role in Sunday’s qualifier. Lawrie described Rafter’s performance as instrumental to the team’s qualifying success.

She described Rafter as being the type of player who makes others, including Lawrie, look good. She is an amazing supporter on and away from the field, said the pitcher, and never one to shy away from scouting and working for the good of the entire group behind the scenes.

Bet on sports ONLINE. Pick your favourites and back a WINNER anytime, anywhere!