Star Canadian surfer Peter Devries will soon be heading to the Sea of Japan to go head to head against some of the world’s strongest names in surfing at the 2018 UR ISA World Surfing Games (WSG) in Tahara.

The event will play out from September 15-22, allowing competitors to face each other in balmy waters of about 26°C on average. Tahara, a small coastal town with a population of around 62,000 people, is based in the middle of the main Japanese island of Honshu.

According to Devries in a recent Surf Canada press release, he is feeling good about partaking in an event outside of Canada for the first time in many years. He added that he has been getting his boards dialed and having a fantastic summer heading into the international event, noting that he believes the biggest adjustment for him will be to surf in warm water without a wet suit or boots. 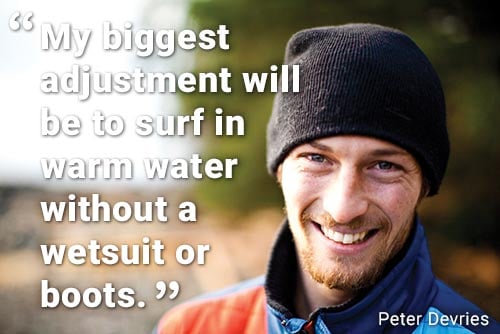 Ready to bet and WIN?

Commenting on the developments, Brown noted that this year’s team is by far the strongest that Canada has ever had representing it at a world event. She professed her excitement for having several alternates in the team who didn’t qualify at this year’s Surf Canada Nationals, noting that they are still just as talented as the athletes competing. This, she said, is a testament to just how accomplished the Canadian surfing scene really is.

Noah Cohen of Tofino, who starred in the film Transition about his mission to represent his country at the 2020 Tokyo Olympics, will be completing the Surf Canada men’s team for WSG as an alternate. Local queen of the waves Hanna Scott was chosen as the women’s side alternate. 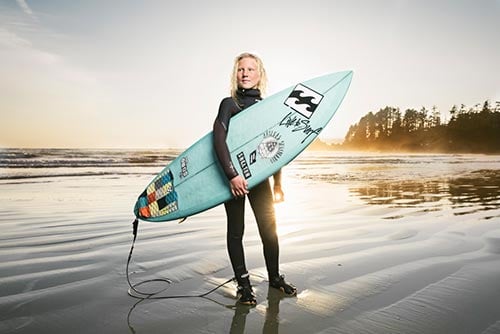 Positive Outlooks All Around

According to Coach Brown, no matter what happens now, exciting times lie ahead for Canadian surfing. Devries, too, is positive about the team this year, adding that everyone on board is savvy, and extremely versatile in different conditions. Now, he is simply crossing his fingers for a fun-filled and entertaining event for all involved.

The 2018 WSG tournament will go down in history as the first edition of the event to boast gender equality, offering equal competitor slots for women and men alike. Anyone who is interested in following the local team on their journey can tune in for a live stream broadcast at www.isasurf.org from September 15-22.