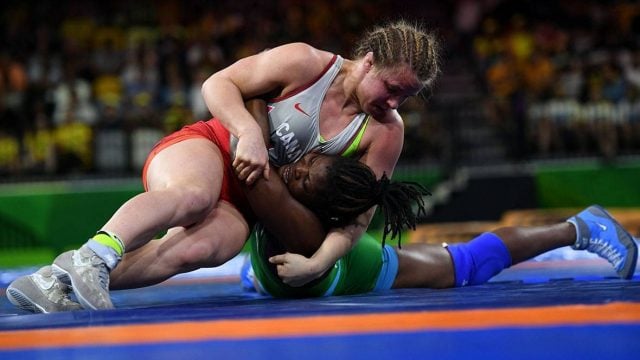 A malicious complaint whispered in the wrong ear can be deathblow to any professional sportsperson’s career. The fact that complaints of harassment and abuse aren’t always even justified, only makes matters worse. One of Wrestling’s top Olympian gold medallists, Erica Wiebe, says that despite the fact that her own career was never directly threatened by anything of a like nature, she has witnessed many of her team-mates and even some of her friends battling with the issues surrounding safety in sport.

Which is exactly why Canadian pro-wrestlers are now appealing directly to Kirsty Duncan for the establishment of an impartial body to handle cases of harassment and abuse. An open letter has now been sent to the Minister of Science, Sport and People with Disabilities, detailing how conflicts of interest have created a culture of mistrust and even fear in the pro-wrestling environment.

Wiebe points out a problem that most people will be able to relate to: complaining to your boss about a problem that you may have with your boss can be very awkward. In sports, coaches are employed and managed by CEO’s, and when complaints about coaches are lodged with company management, it’s often the case that a corporate entity will be more inclined to support its employees than its affiliated athletes.

The pro-wrestler also points out that the ultimate goal for any athlete is to make it to the Olympic Games. Putting your changes in jeopardy hardly ever seems worth a complaint, and so athletes are more prone to just suck it up in an unhealthy environment than to speak out against injustices.

This is why there is an urgent need for an independent body, with whom athletes may feel safe and comfortable.

The Sport Canada Accountability Framework has managed Safe Sport ever since its establishment in 1996. This also happened to be the year that the sexual abuse scandal involving former Hockey coach Graham Jones, made news headlines. But sadly, according to many, safe policies are not being properly or adequately applied. Hence the need for a new third party governing body.

According to a press release on the matter, athletes now want government to know that they support the establishment of an independent body to handle safety in sport issues. Jasmine Mian, 2016 Olympian and also the Chair of Wrestling Canada’s athlete council, is of the opinion that this will not only benefit the athletes, but also the sports code in general.

Bet on YOUR favourite sports. Sign up at a top sportsbook online!