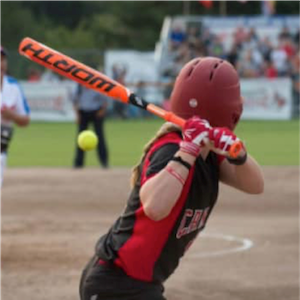 A victory for any Canadian sporting team is undoubtedly a victory for the entire nation as well. Most recently, it has been the Canadian women’s softball team that has brought pride to its country by claiming one of the worlds most prestigious softball gold wins in the local Canada Cup.

After an impressive performance, the women’s team managed to secure gold, and subsequently first place, at this year’s Canada Cup. This is the first time in 22 years that the team has managed to achieve this feat as well, beating Triple Crown Colorado by 3-0 last Sunday night in Surrey, British Columbia.

Over and above the first-place title, Holly Speers took home the title of ‘tournament MVP’ for being a standout on both the defensive and offensive sides of the Cup. Kelsey Jenkins was hailed as this year’s tournament’s top hitter, while the best defensive player title went to none other than Janet Leung.

The Canadian women’s softball team coach, Mark Smith, has commented on the victory after the fact, noting that the gold win is a vital first step forward for the all-woman team. According to him, the team is now focused on entering the 2020 Tokyo Olympics, where softball will finally be making a comeback due to unprecedented spectator demand.

Elaborating further on the team’s goals, Smith added that its focus needs to be simply on performing and playing better, no matter when it takes to the softball field. He also stated that there will naturally be challenges to face along the way, but that all should turn out well if the team takes these hitches one step at a time.

Where To For the Women’s Team?

So, where is the Canadian women’s team headed now? According to Smith, the famed national team is gearing up towards heading off to Japan to train for the women’s world softball championship. This highbrow event is set to take place in Chiba, Japan from August 2-12, meaning that there is just one week left to prepare before the tourney kicks off.

The most exciting part of this move (aside from a Canadian team participating in yet another world championship) is that the winner of the tournament will automatically gain entry into the 2020 Olympics. With that said, should the women’s team strike gold yet again, they could see themselves representing their country in arguably the most iconic sporting event the world has ever seen…