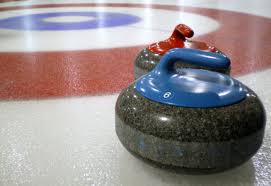 The World Women’s Curling championship ended last week with Switzerland defeating Canada 5-3 in the finals.  The Canadian women’s showing was nevertheless stunning.  The near-miss merely demonstrates how difficult it is to reach the ultimate pinnacle in any sport when competing on a world stage. The Canadian women lost only three matches in the tournament but all three losses were to Switzerland!

The finals was a tight game in which Switzerland took an early 4-0 lead but couldn’t add points.  The Canadian women were scoreless through six ends but then Canadian Skip Jennifer Jones threw a magnificent rock, hitting and staying for two big points to come to within two points.  The Swiss Skip, Alina Paetz, miscued with her rock in the ninth end.  Anita attempted a double and nudged the Canadian’s second rock but couldn’t remove it.  The single-point steal brought the Canadians to within one point.

One Great Shot Wins for Switzerland

The Canadians arranged three stones around the button but Paetz was able to draw her stone within the defensive circle, scoring a point and winning the tournament.  It was the second consecutive World Women’s Championship for the Swiss team whose star from 2012, Mirjam Ott, is now the coach and her alternate from that year is now the Skip, Anita Paetz.

Canadian Skip Jennifer Jones spoke honorably in defeat:  “We made a good game of it and she made a great shot to win the world title. We pushed them all the way, I wish we could start the game again, but that’s the way it goes. We left it all on the ice and we can’t ask any more than that. We’re proud of our performance.”

Sportswoman of the Tournament

Sanna Puustinen, the Finnish Skip, was selected by her peers to receive the Frances Brodie Award given to the player whose competitors feel best exemplified the traditional curling values of sportsmanship, friendship, fair play, and skill throughout the tournament.  Frances Brodie was the driving force behind the establishment of the first Women’s World Curling Championships in 1979 and was a leader in international curling until she passed away in 2006.

The Canadian Men remain on top of the standings in Halifax but just barely as Norway continues to win and has already scored a big win against Canada, winning 9-3 in the teams’ first tournament encounter.

The playoffs in the men’s’ tournament will begin over the weekend with a full schedule of games.  Canada and Norway are scheduled for a rematch Friday night.

How to Defeat Norway

Norway’s great champion, Thomas Ulsrud, has shown his uncanny ability to see possibilities in complex game situations.  The Canadians will have to make major strategic adjustments to combat Ulsrud if they hope to win this competition.

Merely blocking him hasn’t helped other teams so it’s unlikely to help the Canadians either.  The Canadians will probably choose either a very conservative or a very aggressive style.  Both styles have weaknesses.  A highly aggressive style carries the risk of falling too far behind to recover.  A conservative style risks giving the great Norwegian a chance to win a low-scoring game with one great final shot.

The Norwegians have problems of their own in facing Canada.  The Canadian men still lead the tournament despite their bad loss to the team from Norway.  Perhaps the most significant adjustment for the Canadians will be psychological: to shrug off the loss to Norway and not let it affect their play in the playoffs.