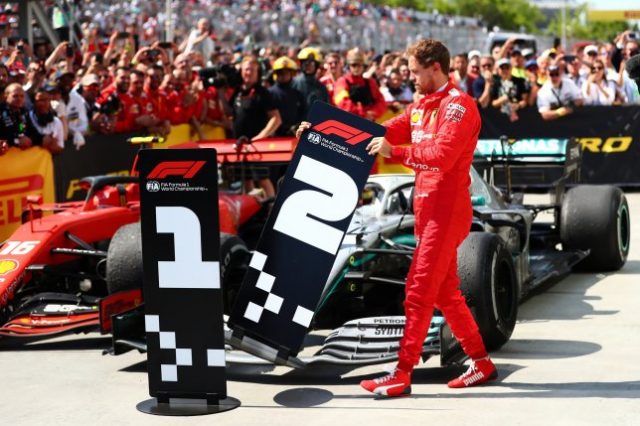 Five seconds is all it takes to turn a world-class victory into a mediocre runner-up. Just ask Ferrari’s Sebastian Vettel. The F1 champ experienced the brunt of what he has described as “over-regulation” at this year’s Canadian Grand Prix when he was demoted to second-place despite having crossed the finish line well ahead of rival Lewis Hamilton (Mercedes).

The reason for the demotion is that Vettel had supposedly performed an unsafe re-entry at some point during the race, for which the German was subsequently penalised by 5 seconds added onto his overall race-time. The end-result was that Hamilton, despite his having crossed the finish line 1.342 seconds after Ferrari’s Vettel, was declared the winner of the race, and managed to by default win a seventh straight season victory for team Mercedes.

Vettel said after the race that what had happened had obviously been very unpleasant due to his having lost the 1st place, but that the feeling of disappointment was just a small aspect of the bigger picture. According to the German, Formula 1 is no longer the sport that he first fell in love with, and it’s all because of it having lost a certain edge. According to the Ferrari-man, all the official talk made the managers as well as the drivers sound a bit like lawyers taking care of official business.

But Vettel’s unhappiness with regulations aside, Formula 1 has always been and will always be a sport that requires strict safety measures in order to protect its participants. Re-entering a race in a manner that is considered to be unsafe has to be penalised in order to deter similar future events.

Vettel Claims He Did No Wrong

Vettel’s penalty was imposed as a result of what had happened on the fourth turn during the 48th lap. The world champion had made a mistake going into the fourth turn and as a result had ended up on the grass next to the track. Obviously eager to re-enter the race as quickly as possible, Vettel had returned to the track rather abruptly, and in the process had blocked Hamilton’s car from passing. So much so that the Mercedes driver had to slam on his brakes in order to avoid a collision.

Apart form the extremely dangerous aspect of the Vettel’s mistake, the unsafe re-entry had also caused an unfair time disadvantage for Hamilton. Despite Vettel’s acknowledgement of the fact that he had miscalculated where exactly Hamilton had been upon his point of re-entry, as well as almost having caused a major crash, he continues to claim that he had done nothing wrong and did not deserve the time-delay penalty.