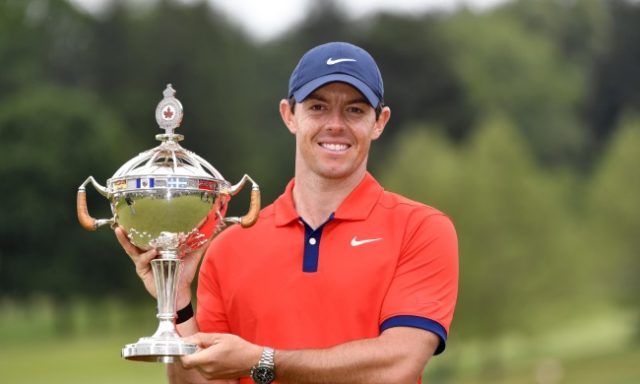 Northern Ireland golfer Rory Mcllroy is the proud new recipient of the RBC Canadian Open Trophy, thanks to his stellar performance at the 2019 Canadian Open Golf Championship. Not only is Mcllroy’s name being etched on a beacon in Canadian sports history, but he is also the latest player to join the select few who have won the US, Canadian and British Opens, widely regarded as the Big 3 in golf. They are Tiger Woods, Arnold Palmer, Walter Hagen, Lee Trevino and Tommy Armour, and now of course, Rory McIlroy too.

Upon having perused the names etched into the trophy, the Irishman said that it was a huge honor to be joining some of golf’s biggest names. Reading off the names of the greats, McIIroy said that to him, winning this particular trophy was something very special indeed.

McIIroy’s Heart Was In It

Ever since the news broke that McIIroy would be competing in this year’s Canadian Open for the very first time in his pro-golfing career, the player had made it abundantly clear that he intended for the RBC Trophy to be his Number 6 big national title win.

Aside from the US and British Opens, the Irishman has also won the Australian Open, the Irish Open and the Hong Kong Open.

The player started his day tied with Matt Kuchar and Webb Simpson at the top of the leader-board. But quite soon after tee-off, it became apparent that he was going to break away and not be caught by anyone. Four birdies on the first five holes played by McIIroy saw to this. Simpson moved into second place into a tie-position with fellow second-place holder Shane Lowry. Kuchar and Snedeker ended up tied in fourth position, being 13 under par.

Graeme McDowell and Adam Hadwin, both from British Columbia, though not having finished in the top 3, did manage to qualify for the British Open thanks to having finished among the Top 10. Qualifying certainly puts a positive spin on an otherwise average day of play.

Hadwin said after the tournament that disappointed as what not making it into the US Open had been, it was after all nice to know that he had managed to qualify for another major tournament at all. He said that the plan was to now rest up and prepare.