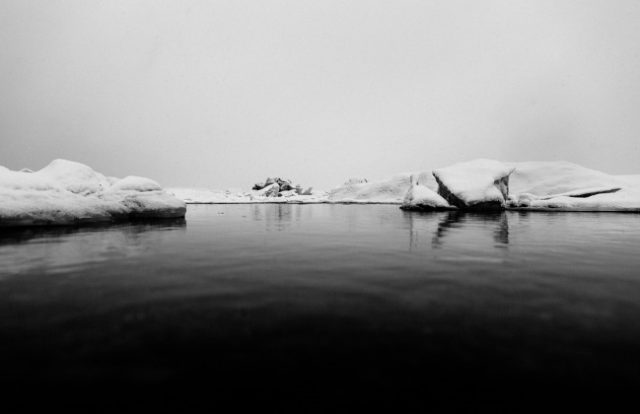 When former Canadian Prime Minister Stephen Harper had 5 years ago given the order for a report detailing what Arctic scientists had at the time considered to be true in terms of which portion of the continental shelf extending all the way to the North Pole belonged to Canada to be pulled at the last minute before the submission deadline, some considered him (Harper) to be a bit of a mad man. More than $100 million had at that point been invested in the research that had gone into the compilation of the report, and scientists and politicians had been blown out of the water by the PM’s decision.

But the recent submission of a new report, consisting of 2,100 pages of proof and supplementary documents stating categorically why, in short, the North Pole actually belongs to Canada and not to fellow contenders Denmark or Russia, is considered by Arctic scientists as being worth the wait and worth the additional funding poured into the extended report.

Also, Stephen Harper, as it turns out, was in no way off the mark.

Battle Of The Territories

The main issue under scrutiny and in dispute is the portion of the sea-bed that extends from the top of Ellesmere Island all the way all the way to the North Pole and as far as 200 kilometres beyond the pole, in a Northern direction. According to Canadian scientists, the section of the sea floor in question is Canadian territory all the way. But Russia and Denmark each have their own set of arguments as to why this isn’t so.

Russia contends that the under-sea ridge that makes up most of the sea floor in question is a physical extension of the ridge that runs alongside the Russian Coast and is therefore part of Mother Russia’s own. Denmark has had its say in the matter too, claiming that the ridge is actually an extension of the main ridge that runs through Greenland, which if proven to be true, would make the entire stretch to be theirs; or at least; right up to what is generally accepted to be the starting point of Russia’s oceanic territory.

Time, Money Was Worth It

Rob Huebert, an Arctic Scientist at the University of Calgary, is of the conviction that the expanded report 100% supports the former PM’s suppositions about the extent of Canada’s North Pole territory. And even if the only outcome that is achieved by the new report, said Huebert, was to prove that there are indeed grounds for negotiations, then it will have been well worth the wait and worth the money.

But why indeed spend millions of dollars on something that at first glance resembles a group of boys arguing about whose dad has the best this or the best that? This may come as a surprise due to the extreme weather conditions causing much of the region to be completely inhabitable, but there are many people living in parts of the territory in question. To those people, the argument is one of federal importance, as pointed out by Monica Ell-Kanayuk of the Inuit Circumpolar Conference. To Monica, and many others like her, the outcome will ultimately determine their national heritage.

All parties to the argument accept that there will at some point have to be round-table negotiations regarding the extent of what they claim to be theirs. This will however only commence once the United Nation Commission on Limits of the Continental Shelf has reviewed and assessed all three claims; a process that is expected to span many more years.