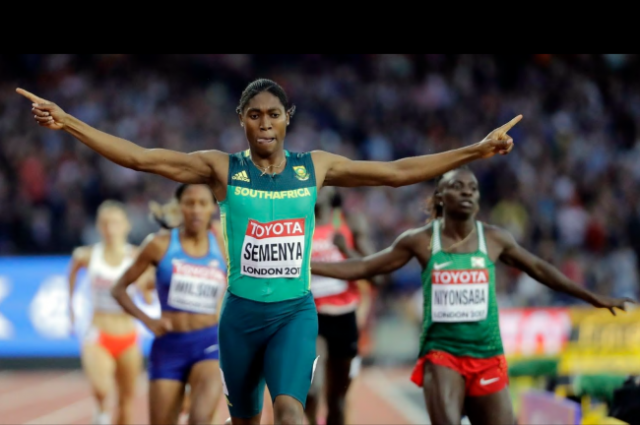 Canada’s Minister of Sport and Science has lashed out at a controversial decision made by the Court of Arbitration for Sport regarding South African runner and athlete Caster Semenya. The court has denied an appeal lodged by Semenya involving staying the decision by the world’s governing body of track and field regarding female athletes with abnormally high levels of testosterone. The regulatory body has said that female athletes with abnormally high levels of male hormones are expected to medicate themselves before competing in women’s events in order to avoid the possibility of an unfair advantage over their fellow-athletes.

Minister Kirsty Duncan has said that in her opinion, the dismissal amounts to a gross and blatant disregard for human dignity. Duncan elaborated on her prior statement that the ruling disappointed her and said that it was unacceptable for a sport organisation to have any say in what does or does not make someone a woman. Duncan also referred to the emphasis placed on anti-drug and anti-performance policies world-wide, and said that expecting an athlete to alter her natural chemical balance was in direct conflict with the anti-drug gospel that is being preached.

A Question of Physiology

The court, on the other hand, obviously views the situation from a different angle. Athletes with abnormally high levels of testosterone have a natural tendency to develop more muscle mass than what is normal, and also quicker than what is normal. In fact, testosterone is known to be effective to such an extent that athletes have in the past attempted to get away with injecting themselves with the hormone as well as ingesting testosterone supplements.

According to the court, after having taken the matter under careful consideration, it believes that those female athletes with abnormally high levels of the male hormone do indeed enjoy an unfair advantage over female athletes with normal levels of testosterone. The recommended remedy, according to the IAAF, is that the affected athletes should undergo treatments aimed at suppressing and lowering levels of testosterone for at least a six-month period before competing in events. Practically speaking, this means that Caster Semenya will have to immediately commence with an artificial process aimed at lowering her levels of testosterone if she has any hope of competing in the Athletics World Championships in September.

An On Going Fight

It’s quite obvious that the gender war rages on and will continue to do so for the foreseeable future. Transgender cyclist Kristen Worley is all too familiar with the usual swing of things in the world of pro-sports. Worley said that her rallying behind Semenya had nothing to do with someone having to face discrimination as a result of a gender-change, or even having to navigate abnormally high levels of male hormones, but instead, it’s about ensuring that all athletes continue to have rights and are in a position to enjoy those rights.