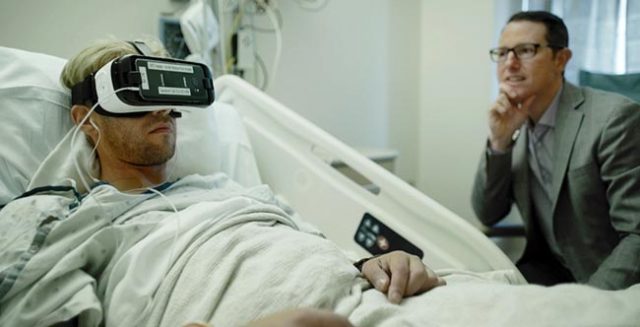 A pioneering new wound and injury treatment at Rockyview General Hospital in Calgary is allowing patients to remove their minds from their painful conditions with the help of virtual reality.

Rockyview is the very first hospital in Canada to utilize VR technology to help wound care patients to alleviate the stress and pain of their treatment regimes. A donor who has to date remained anonymous donated two Samsung Gear headsets to the hospital to allow its patients to enjoy one of 12 unique VR experiences while in treatment.

According to many of the patients who have tried the fascinating new therapy, it makes unpleasant, painful and drawn-out procedures much easier to endure. Many of them can now slip away to a tranquil forest or watch Cirque du Soleil instead of having to deal directly with their conditions and aid while in hospital.

Patients using VR therapy were also asked to rate their levels of discomfort (including nausea, pain and anxiety) along with their overall experiences before and after each virtual reality session. The patients interviewed reported a whopping 75% reduction in discomfort during various procedures, as well as an impressive 31% improvement in their experiences overall at Rockyview.

According to video conference tele-health technician Scout Windsor, the medical facility tried to select VR experiences that would both distract and relax their patients simultaneously. Clinical facilitator Don Anderson, on a similar note, was quick to highlight the fact that many studies have shown incredible improvements in patients that use VR treatment protocols. According to him, the technology is the quickest way to make a significant impact with instant benefits on patients during painful procedures. 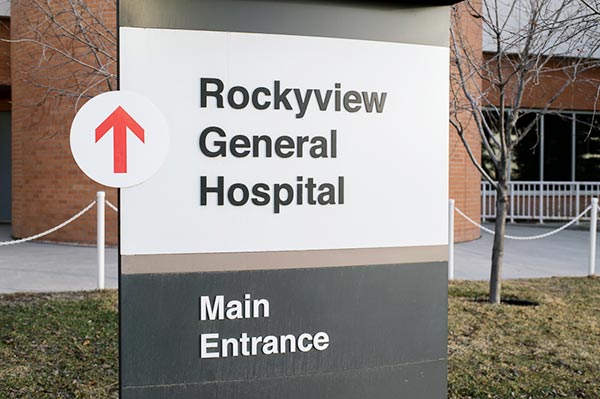 Wound care physiotherapist Jaclyn Frank further corroborated their opinions, noting that hospital staff have started to experience less anxiety as professionals due to their patients’ reduced pain levels. The fact that they are happy, she said, has lessened health care providers’ anxiety in having to administer painful or uncomfortable procedures – and she has even noted immediate effects in her patients’ body language, breathing and relaxation levels thanks to VR.

Unlike sedatives or pain killer drugs like morphine, hospital patients have also reported no side effects from their VR sessions. The ground-breaking treatment is now being considered as a widespread complementary therapy that could also reduce or altogether nix many patients’ dependency on traditional medical drugs.

The technology is now also being trialed in the hospital’s intensive and cardiac care units, and has also received great interest from a fellow hospital based in New Westminster, British Columbia.