Team Canada The Team To Beat At Curling Champs 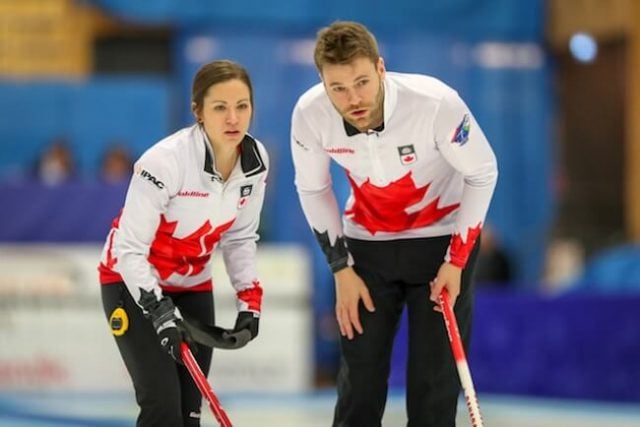 Canada lives to play another shot at the World Mixed Doubles Curling Championships thanks to star curling duo Jocelyn Peterman and Brett Gallant’s recent stellar victory over Sweden. The pair made good work of their Swedish opposition and beat them to the post 7-6. Peterman and Gallant have now won 5 out of 5 of their games played.

Peterman and Gallant, both originally from Winnipeg, stuck it to Sweden’s Anna Hasselborg and Oskar Eriksson, walking away the ultimate victors and completely unbeaten. But according to Gallant, the results must not be allowed to trick anyone into thinking that the Swedish pair are easy targets. Gallant referred to the Swedes as being a tough team and one that should not be tackled whilst thinking that the going was in any way going to be easy. The smallest mistake or slip-up, said the Canadian, would be sure to lead to disaster.

Earlier during that same day, the pair beat Denmark’s Christine and Martin Groenbech to an 11-5 victory; Denmark ended up shaking on the matter at an early number 7. Next up is Hong Kong, a battle that promises to be every bit as gruelling as the one against Sweden.

On the all-women’s team’s end of things, Canada by no means did any worse for the wear. The women worked their curling magic at the World Senior Championships; which was hosted by the same venue; and ended up beating Australia 12-2.

Canada’s third on the ranks, Patty Hersikorn, said that Canada had started to show its stuff after the team had gotten more used to the changing conditions of the ice. These conditions are constantly known to be changing, which adds an extra element to contend with. Learning the conditions and getting to know the propensity of the ice goes a long way towards more consistent play, said the curling champion.

Curling is a sport played almost exclusively in Winter games-style championships only, and players often tell the story of how many people do not even know what curling is, and upon having discovered it and having learnt what the rules of the game are, more often than not become die-hard followers. Major championships, and especially something like mixed championships, do a lot in terms of creating awareness around the sport.

Back a WINNER! Place sports bets online to get YOUR hands on a huge payout.