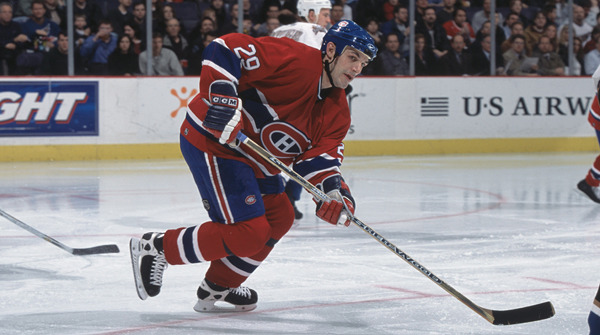 It takes a specific kind of personality to rise to the top as a pro athlete, and many of the world’s top sporting icons display a similar set of traits. They’re confident, they’re competitive, and they’re always seeking the next big thrill – so is it any wonder that they are often into playing casino games too?

Aside from their thrill-seeking personalities, sports legends also have something else working in their favour: massive salaries! These factors create the perfect setting for some action packed gambling fun, attracting the likes of Michael Jordan and Floyd Mayweather. However, there are also plenty of Canadian sports celebs that take great pleasure in hitting the tables in their spare time too!

Canada has a thriving gambling industry and an even bigger sporting scene, and there are plenty of famous home-grown professionals who love to take advantage. Hockey has produced some formidable poker players, like Gino Odjick, the ‘Algonquin Assassin’. Odjick played for both the Montreal Canadiens and the Vancouver Canucks, not to mention a few NHL teams in America as well.

Odjick, Luongo and Others Join In

Following his retirement, the assassin took his aggressive style of play to River Rock Casino, where he frequented the poker tables for many years. Montreal’s Vincent Damphousse, an NHL player and winner of the Stanley Cup with the Canadiens in 1993, has also become a circuit regular, even joining the Playground Poker Club. He particularly enjoys coordinating charity game nights to raise funds for good causes.

Even Montreal goaltender Roberto Luongo has developed a relish for poker, having participated in WSOP and various online tournaments over the years. He has hinted at trying his hand at a professional gaming career once he finally hangs up his skates – but for now, he is still very much active in the hockey world.

However, there is no bigger name in Canadian hockey than Wayne Gretzky – the greatest player of all time. He may have retired nearly two decades ago, but his net worth of $200 million has made it easy for him to enter the casino high roller landscape. Gretzky was rumoured to have had a $1 million casino credit line over in Vegas, and even came under fire for his heavy spending while his wife was also being scrutinized for participating in an illicit betting ring. Luckily, his wife was never charged, and the NHL legend continued to frequent Sin City’s tables with relish.

That’s not even mentioning other local players like Daniel and Henrik Sedin, Ryan Dempster, and Justin Morneau. The Sedin twins are renowned for holding Dice and Ice casino nights to raise money for children’s’ hospital funds and charities, while Dempster also hosts annual charity casino nights to collect funds for treating rare conditions. Morneau has even offered fans the chance to go head to head with him in poker to fund arthritis research after his niece was diagnosed with the condition!