Canadians Excelling at Pan Am Lima 2019 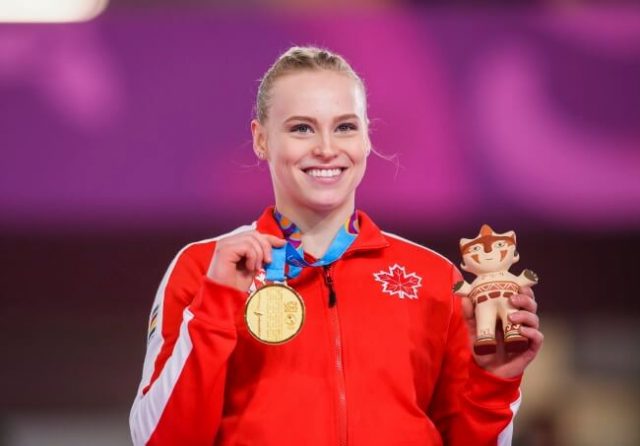 Pan Am Lima 2019 is currently underway in Peru, and Canada is in full-force attendance. The medals are literally flying into the bag and the latest news is that gymnast Ellie Black has successfully defended her Pan Am women’s all-round title.

Black on Monday became the first woman ever to repeat as champion in an all-round event. The 23-year old stuck it to fellow gymnast Riley McCusker of the USA, in order to claim the top spot and the special record performance. Black scored 55.250 points and McCusker finished in second position with 55.125 points. In third place was Flavia Saraiva (Brazil), who managed to accumulate a total of 54.350 points.

Victory On The Water

The country’s top canoeists and kayakers gave it their all and brought some medals home too. Two silver and three bronze medals were the score for the kings and queens of the water. The men’s C1 1,000 metres event saw Canada’s Drew Hodges secure a bronze and he and Craig Spencer managed to lay claim to the C2 1,000 metres silver medal thanks to supreme teamwork.

For the women it was Andreanne Langlois who managed to bring home silver following her stellar performance in the women’s K1 500 metre event. Anne Lavoie-Parent and Rowan Hardy-Kavanagh also shone for Canadian womankind and both brought back bronze medals.

More gold is headed home thanks to a super performance by the members of the Canadian dressage team. The United States took home silver and Brazil again staked its claim to the bronze. All in all, it made for an enthralling equestrian performance, from a competitor as well as a onlooker’s point of view.

Top performances were at the order of the day in various other events too. The Canada men’s baseball team, for one, is a team to be most proud of, having opened their 2019 Lima Pan Am experience on a bang thanks to their having reigned 10-0 victorious over Argentina.

And then of course there’s handball and triathlon too. Canada’s triathlon athletes put up a star performance, and so did handball, despite the fact that no handball medals have been won as of yet. The show is of course not over until it’s actually over and much could happen still to salvage the lack of handball medals so far.

Bet on ALL the biggest sporting events online. Sign up at a sportsbook NOW!