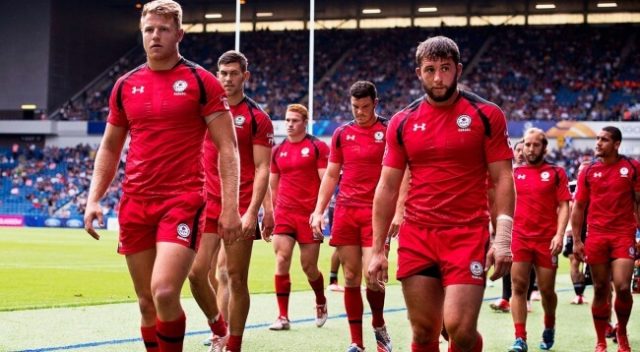 Losing steam and momentum is one thing, but when you’re the national Canadian Sevens team and you’re playing the Challenge Trophy final, it’s no longer a case of dusting yourself off and having another go. Suddenly now, “really blowing it” is the one term that tends to come to mind. But such is the world of pro-rugby and there can only be one winner. On Sunday at the HSBC World Rugby Sevens Tournament in Vancouver, it just happened to be Australia.

The final 35-21 score signalled the end of the opportunity to “turn things around yet”, and it was a deflated and depleted Canadian squad that departed from the field. What had led up to that moment in time had been 6 gruelling matches over two days and a dozen or so dismal and failed attempts to settle the score and break down Australia’s defences.

Starting At A Loss

To make matters even worse, Canada had started out on the two-day tournament on the back of an embarrassing loss 37-8 loss against Samoa. Crimson-faced and already at a mental low, the Canadian team just couldn’t break the spirit of the Aussie team. What made matters even more difficult is the fact that Canada had been forced to enter the tournament two fries short of a Happy Meal due to the team already having been trimmed down to 11 players from 13.

But, and this must also be said, finishing up in 10th overall place in a group of 16 teams isn’t the worst thing that could have happened at this stage. Head coach Damian McGrath is of the opinion that despite the loss, many positives can be taken away from the tournament; most notably the team’s potential had everything been how it should have been in terms of staffing and support.

Which, according to McGrath, it wasn’t.

Lack Of Support Contributed To Loss

The good coach is, of course, 100% on the money in his assessment of the situation. What had happened right at the beginning of the season had most definitely set the tone for what was to follow. The compensation dispute between the players and Rugby Canada wasn’t the best possible start to the new season, and neither was the widespread unhappiness about the dismissal of Lee Douglas and Brian Hunter.

But, as so eloquently vocalised by West Vancouver’s Harry Jones, you won’t ever hear a good Canadian boy complain and nothing other than playing your heart out is considered good enough. And that’s exactly what Canada’s Sevens team did, which is also something to be proud of.

Do YOU want to back a winning team? Place your bets ONLINE today!