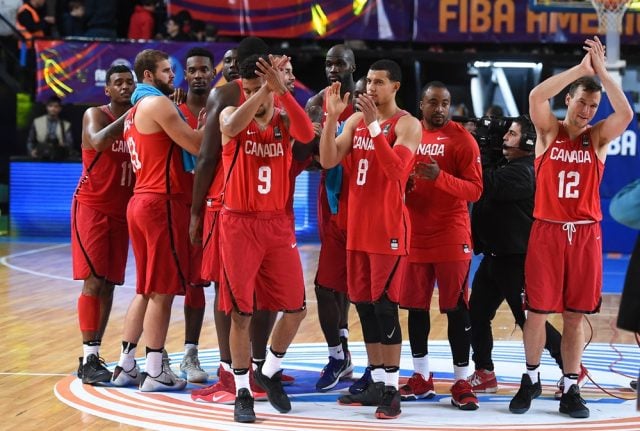 It’s been almost a decade since Canada’s last participation in a FIBA World Cup, but thanks to the obvious resolve to make it happen by players like Kyle Wiltjer, Canada’s men’s Basketball team will be competing in the 2019 instalment of the tournament. On Sunday, Canada bet Brazil by an impressive 94 points to 67.

Wiltjer was single-handedly responsible for 25 points and 7 rebounds. What a great way to lead your team to the ultimate qualifying victory. The celebrated win also guarantees a top-three finish in Canada’s allotted group.

According to centre player Joel Anthony who was responsible for 5 points and 6 rebounds, it’s fantastic to see his country back on the world stage. He recalls the excitement when Canada qualified the previous time round and said that it was a really proud feeling to be back in that fortunate position.

The Scrubb brothers, Phil and Thomas, contributed 15 and 14 points to the victorious score, respectively. What makes the win and the qualifier even more impressive is the fact that the Canadian side did not have the use of any of its NBA players for the match.

Winning Despite The Odds

FIBA has amended its qualifying procedure for World Cups to be in line with those of soccer. But all is still not on an equal playing field as soccer has the benefit of an advantage not afforded to basketball: international dates.

What this means is that top soccer leagues are able to suspend play in multiple countries in order to call their best players home for qualifying matches. It’s not the same for basketball and many players had to spend what must have felt like days travelling in from all over Europe.

To add insult to injury, some of the flights had been delayed, which resulted in players arriving to the matches in a lagged and tired physical state. But Wiltjer, ever positive, says that this has only served to reveal the absolute quality and commitment of the players. Despite having had to travel thousands of miles before matches, they still achieved their goals.

Coach Roy Rana, the man in charge of a daunting roster involving all of 35 players, is extremely satisfied by the outcome. Rana said that ultimately, it was the character of the players that secured the stellar entry for the team.

The 2019 World Cup will be hosted by China, and will run from August 31st up until September 15th.

Ready to bet on Basketball, Baseball and so much more? Sign up at a top sportsbook NOW!