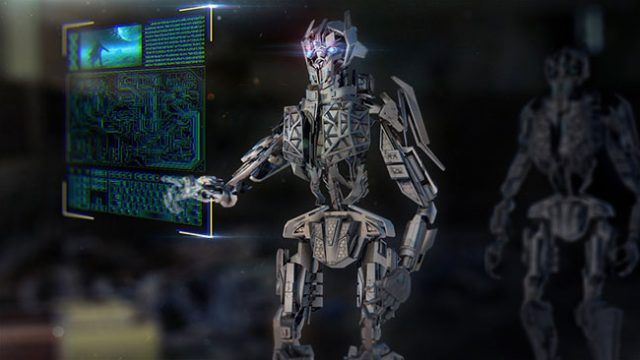 As far back as history goes, Canada has taken a bow out of arms races. When Germany and Britain were preparing for World War I with massive battle ships, there wasn’t even a navy to be seen on local soil. In World War II, Canada’s largest contribution to the Allied munitions effort was constructing merchant ships and trucks. Both the nuclear arms and space races fell by the wayside.

However, the nature of arms races has changed vastly today. Modern Canada is also completely engaged in a fierce international competition to become dominant in a technology with massive military, strategic and economic power. Winning the Artificial Intelligence arms race would just change what it means to be Canadian forever.

AI in Economic and Military Power

AI is widely accepted to be the next step in technology’s evolution. It allows computers to observe, understand, learn, and adapt accordingly at speeds that have never before been possible, which could fuel amazing changes in medicine, commerce, and nearly every other facet of our daily lives.

On the other hand, AI also has powerful capabilities in military applications, and could revolutionize everything from logistics and battlefield control to cyber-warfare and the possibility of autonomous military robots and weaponry platforms reminiscent of Terminator.

Arms races in the past have generally included countries with massive military budgets and a drive to project their power across the world. China and the US, unsurprisingly, are both currently in the race to achieve dominance in the field of AI for strategic reasons, just as Russia and America once competed during the Cold War. However, in this particular relay, they have an unexpected competitor to contend with.

Political science professor Michael Horowitz at the University of Pennsylvania says that AI research is not like constructing an aircraft carrier or a stealth bomber. He says that it is more like a general purpose technology with a far wider range of applications, similar to electricity or an internal combustion engine. Thus, countless universities and companies are now also flocking to compete in the field of AI excellence.

Giant tech corporations like Google and Microsoft, often in collaboration with major universities, are also putting government research budgets to the test with their own races to master artificial intelligence. There is hot competition between private and public sectors, which has blurred the lines between commercial and military uses of AI and given simpler applications a winning edge.

Essentially, this means that wealthy first world countries with advanced middle-power (like Canada) might suddenly find themselves part of the technological race between countries to change the global power balance. Leadership in AI, Horowitz says, will be essential to economic and military power in coming decades, and Canada is a great example of a nation that is trying to make the most of this crucial technology. Other countries to keep an eye out for include Japan, France, Israel and Singapore.

Looking for a state of the art betting experience?
Sign up with one of Canada’s top sportsbooks!