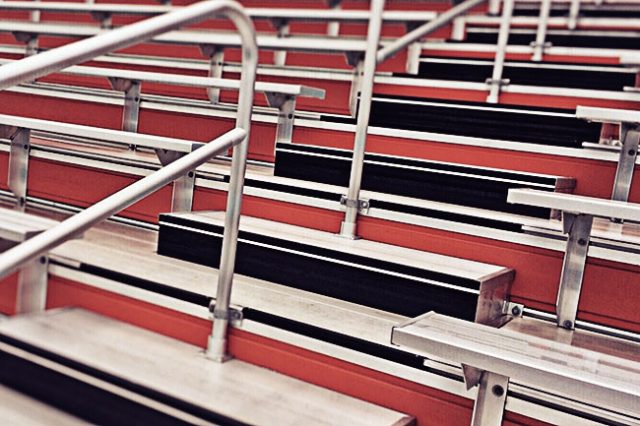 Proponents of Calgary’s planned multi-sport fieldhouse have met individually with members of the council, held meetings with the mayor, and pressed the city to hold to its word of building the world-class arena.

The proposal for the field house came as part of the Canadian city’s failed Olympic bid after it had been passed over for more than half a century. And although Calgary won’t be making it to the Olympics for the foreseeable future, residents of the metropolis are still expecting it to make good on its word where the sports arena is concerned.

Now, supporters of the field house for community and elite athletes will be addressing the city council directly in a bid to gain enough financial assistance to build a 250-million venue near the University of Calgary and McMahon Stadium. In one proposal, the Calgary Multisport Fieldhouse Society would be granted $100 million from the city, and the rest of the funds would be raised through user fees, sponsorship deals, partnerships and naming rights.

READ MORE: Sharpe Snowboarding His Way to the Top

Plans Are Delayed Once Again

However, as has been the case since the very first plans for a fieldhouse were announced back in 1967, a recent development has thrown a spanner into the works. Although it would have been slated as something of a legacy if Calgary had won their 2026 Winter Olympics bid, the fieldhouse seems to have been pushed down the city’s list of projects to realize.

Officials’ number-one priorities seem to be a three-pronged Rivers District plan in downtown that will include a 600-million event center. Essentially, the venue would be a brand new arena for the Calgary Flames. Other projects high up on the city’s to-do list include a $418-million theater refurbishment and a $500-million BMO Center expansion.

In previous arena discussions between Flames owner Calgary Sports and Entertainment and the City in 2017, there were strong hints that the NHL team might opt for a better arena deal somewhere else. Since then, both parties have put their public arguments aside and started to negotiate privately instead.

According to chair of the Multisport Fieldhouse Society board Jason Zaran, the city needs to get its priorities in order. Among the slew of cultural facilities in Calgary, he said, for the winter city not to have a venue in which to play summer sports of any kind is “almost kind of wacky.”

Sport Calgary is also vocally supportive of the push for a fieldhouse. The organization represents over 200 sports groups in the city, most of which are eager for a place to play field hockey, volleyball, basketball, soccer, flag football and the likes. Director and CEO Murray Sigler is concerned that projects driven primarily by parents and children continue to be pushed aside in the face of larger, flashier pursuits.

In the meantime, the University of Calgary has signed a letter of intent to be one of the fieldhouse’s prime users, should it materialize any time soon.

Put money on your favorites on the field.
Enjoy sports betting online TODAY!