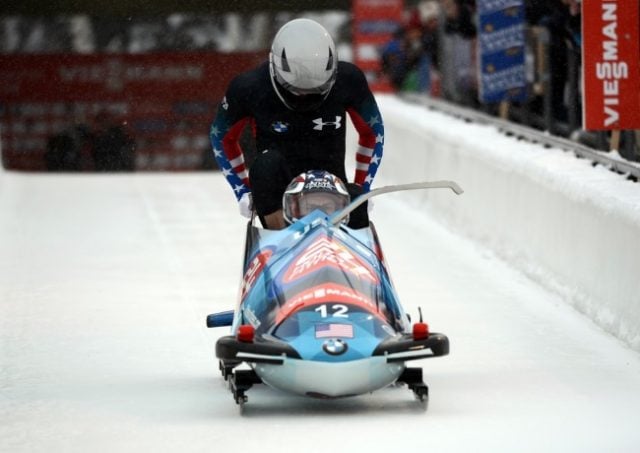 Calgary’s WinSport bobsled, luge and skeleton sliding track has reached the end of its road. The facility this year entered its 33rd year in operation wear and tear has severely taken its toll. Winter sport athletes last week gathered round and looked on in exasperation as the demolition process kicked off, leaving the first of the track’s 5 corners basically laid to waste.

The closure of the track was initially announced in February of this year and now faces long-term and possibly even permanent closure due to a lack of funding in order to necessitate much-needed upkeep of the Olympic structure. WinSport has since the announcement received some CA$17 million in funding (from provincial as well as federal bodies), but says that it is still short an additional CA$8 million in order to reconstruct the track, install new refrigeration systems, etc.

WinSport also confirmed that it had been counting on Calgary winning the bid hosting the 2026 Winter Olympics and Paralympic Games in order to generate the funds needed to upgrade the track but that plans to this effect were brought to a halt when local residents voted against the idea in November 2018.

WinSport President and CEO Barry Heck remains hopeful and optimistic about the fact that the track may be reinstalled at the Olympic Park venue on the strength of a CA$100 million COP capital renewal initiative. He however added that this is no done deal as it stands at the moment and that complete clarity as to the way forward will in all likelihood only be reached by the end of this year.

Heck also elaborated some on current plans and strategies so as to ensure “30+ more years of operation” and said that talks were underway on an ongoing basis in an attempt to determine exactly where the original legacy draws to a halt and what creating a new legacy for the sliding track would entail.

Heck also emphasised the fact that the removal of the top end of the track was unavoidable, regardless of whatever may follow in future. He said that the portion of the track recently removed would not have remained in place whatever the scenario. Removal wasn’t necessarily part of a plan to completely demolish the entire track, but instead necessary even in the scenario of a mere much-needed rejuvenation and upgrade.

The track at WinSport has been rightly described as the creator of various Olympic gold medals and the makings of many an Olympic career for Canadian athletes. Many athletes therefore hold the location very dear and in special high regard and are concerned about what complete closure may mean for the future of Olympic sliding sports in the country.

Looking to BET on the biggest Winter SPORTS? Sign up at an ONLINE sportsbook!