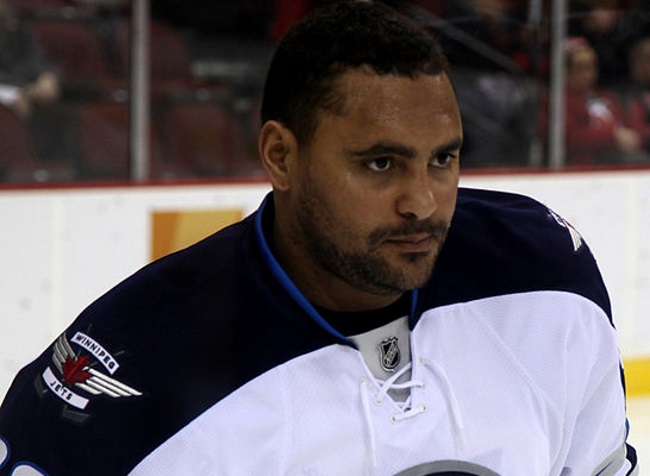 When Winnipeg Jets fan-favourite defenseman Dustin Byfuglien failed to pitch for camp training in September, the last thing on his mind would have been an imminent divorce settlement being on the cards as far as his long-time marriage to the team was concerned. And yet, that’s exactly how it’s all panning out right now. His failure to pitch for duty resulted in an NHL suspension without pay and ultimately contributed to his not having played a single game for Winnipeg all season.

Read More... Malindi Elmore May Be Headed For Tokyo

Shortly after the September incident, Byfuglien was forced to undergo surgery to one of his ankles; planned surgery Jets management now claims to have known nothing about. His having forsaken his duties; and supposedly not for the first time; was the sole reason for his suspension, claims the Winnipeg Jets.

All Up In The Air Now

What happens next depends on whether or not the Jets and Byfuglien are able to reach a mutual agreement regarding the way forward. The star defensemen stood to earn $8 million this year, and an additional $6 million next year, according to the terms of his contract with the team.

The ball is up in the air now because if the player were to accept that it would be the best thing for all involved to part ways, he will immediately forfeit any future earnings for this year as well as for 2021. He will however in such an event be open to sign with any other team of his choosing. The catch is that the defenseman will have to secure an alternative team by no later than February 24 if he were to have any hopes of playing this coming season. This seems highly unlikely an eventuality at this point in time, especially considering that his skates have not touched ice all of last season.

If Byfuglien were to accept the current parting terms put to table, he will furthermore be in a position of having to pretty much waive all of his rights to his future team. The defenseman certainly appears to have self-created a situation of drawing the shortest straw.

If the divorce proceedings were to become a done deal, Byfuglien’s exit will end up saving the team a massive sum of money. This will without a doubt bring about a great deal of financial relief for the struggling franchise. And since playoffs are currently not exactly well within reach for the Jets, they won’t have to break a sweat over where to get the money for a replacement on the defense.

Talk about win-win and lose-lose all round.

Ready to race towards BIG wins? Try ONLINE sportsbetting on the NHL!