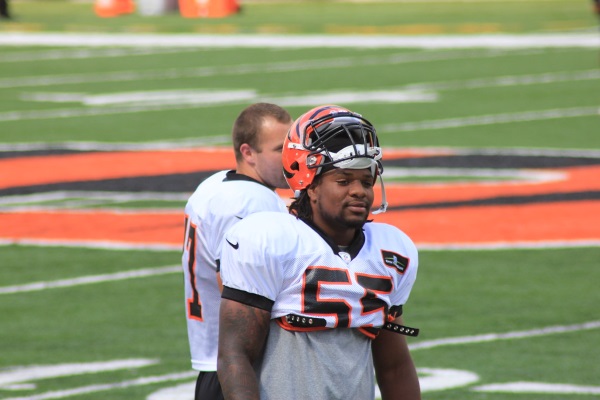 The NFL has neither the time nor the tolerance for dirty behaviour on the field. This is something Oakland Raiders’ Vontaze Burfict would have been well-advised to keep in mind before he went about helmet-bashing Indianapolis Colts tight-end positioner Jack Doyle. In fact, so fed-up is the NFL with the Raiders linebacker’s behaviour, that it has slapped the wrongdoer with a suspension penalty that will last all season.

Suspending a player for an entire season is considered to be the severest form punishment for on-field misconduct, which leads one to ask the question why. But those who have been following the Raiders will be quick to respond by pointing out that the latest show of rebellion isn’t Burfict’s first. And not by along shot. The linebacker has been suspended a total of three times in his NFL career. All of the charges relate to the violation of player safety rules.

Burfict May Opt In On Review

Burfict remains within his rights to apply for a review of the suspension, alternatively the length and terms of the suspension, according to the NFL’s collective bargaining agreement. If he is in fact eager to follow this specific route, he will have to state his intention to do so within a time frame of 3 days following the issuing of a notice of suspension.

Burfict has previously shown himself unafraid of pursuing this particular option and remedy when in 2017 he had had a 5-game suspension reduced to only 3. The sports star has not yet stated whether he will be heading in that particular direction this time round.

Burfict has been warned repeatedly not to engage in dirty and questionable behaviour; for his own good as well as that of the team and other fellow-players. He was made to serve two out of three previous suspensions and has on several occasions again engaged in questionable and completely unnecessary aggressive behaviour.

The incident involving Doyle certainty brings to mind again the concept of “unnecessary” and did not, as pointed out by NFL VP of Football Operations John Runyan, not only completely out of the blue and unnecessary, but also 100% unmitigated. Doyle had done absolutely nothing that would have classified as having drawn even the smallest measure of dirty play from another player. Doyle said after the fact that he wasn’t exactly affected by the linebacker’s action and that that he was at all times properly protected by his helmet.

Burfict will not be receiving any remuneration for the duration of the suspension and now stands to lose at least US$1.1 million in salary as well as roster bonuses for each game missed. Burfict has on various previous occasions following similar allegations said that he was on the field to win the football fight and not, as he so eloquently and defiantly puts it, “to play patty-cake”.

Do you LOVE the NFL? Bet on the BIGGEST games online!