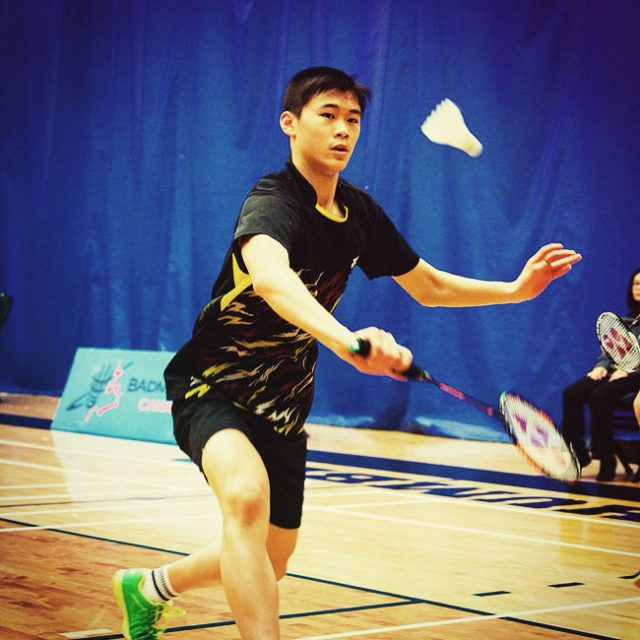 There can be no doubt that Canada has produced some of the world’s finest athletes and sportspeople, no matter which particular sport or practice is under discussion. From tennis to badminton, ice hockey and even football, local pros are taking the world by storm in some of the biggest international sporting contests in the world – including the prestigious Youth Olympic Games!

On that note, Canadian badminton champion Brian Yang scooped gold at the Youth Olympic Games last Sunday in Buenos Aires. The Toronto native finished in the top spot overall in his game, reigning victorious during the mixed team relay event and bringing home an exceptional win for himself and his country as a whole.

This year’s edition of the competition included 64 competitors from a variety of different countries, who were separated into 8 teams. Yang helped Team Alpha to claim a resounding victory with a 22-18 win over Nhat Nguyen of Team Zeta. Team Alpha also managed to beat Team Omega 110-106 for hold, while Team Theta took home bronze for their efforts.

Meanwhile, on the same day, Judoka Rachel Krapman from Thornhill Ontario managed to capture bronze in the mixed team tournament. She assisted Team London in reaching a tie with Team Rio De Janeiro for bronze, falling just behind Team Beijing of China and silver medalists Team Athens of Greece.

Quebec’s Felix Dolci who hails from Laval has also furthered Canada’s progress in the Youth Olympics thanks to his silver medal performance in the men’s rings game. Dolci scored the highest execution score of 8.866 in the final, scoring 13.366 points overall and finishing less than .200 points behind Japan’s Takeru Kitazono, who pocketed gold.

Big Victories for Canada This Year

Commenting on his performance, Dolci noted to local media that he is extremely proud to have won a medal at this year’s Youth Olympic Games. According to the athlete, he worked hard this year on rings and his ability to maintain consistent executions, which he believes helped him to ascend to the podium and take home the accolade he did.

The Youth Olympic Games are an elite range of sports events specifically for young people across the globe. The highly respected sporting program is based on the same one as the traditional Olympic Games, boasting a total of 28 sports on its summer program and 7 during its winter program.

Get your bets in NOW on whom you think will win.
Enjoy sports betting online!