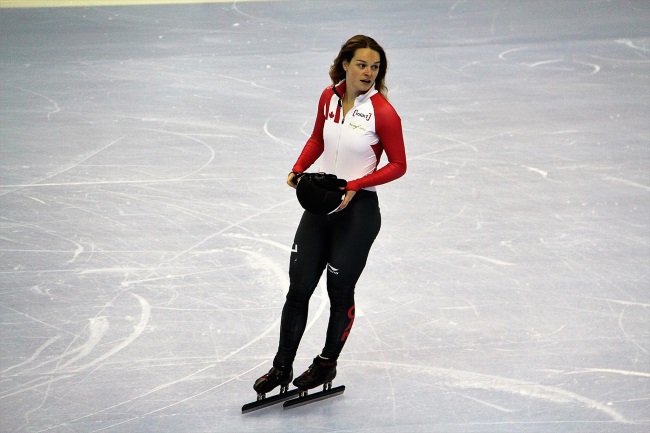 Canadian athletic pride and champion speed skater Kim Boutin will not be competing in the inaugural Four Continents short track championship event to be hosted by the city of Montreal. The 24-year-old 6-time gold medal winner, of which the first 3 were Olympic gold medals won at the 2018 Olympic Games in South Korea, announced that the decision not to compete was taken because of precautionary measures due to a niggling knee injury.

Not only is Boutin a promising young Olympic gold medallist, but the Quebec native is also adept at beating her opponents over a total of 7 different distances, making her one of the most versatile speed skaters ever to have competed on national and international levels.

Read More... Pistons To Make Do Without Blake Griffin

Decision Was Carefully Made

Boutin has confirmed that the decision not to compete was taken after several days of rest and careful consideration. It isn’t yet clear exactly what had caused the supposedly serious injury to the young speed skater’s knee. The young star does however remain hopeful of being able to resume competing soon and in as short a time as a matter of weeks.

The official announcement regarding the injury as well as Boutin’s unfortunate and rather regrettable last-minute withdrawal was published by Speed Skating Canada on the organisation’s official website.

The statement also provided more details about Boutin’s hopes and plans for the future. According to the Speed Skating Canada, the young athlete hopes to compete in a series of World Cup events, including the upcoming Speed Skating World Championships, which will be hosted by the city of Seoul, South Korea, in March of this year.

The organisation has furthermore named 20-year old Danae Blais as the official replacement set to compete instead of Boutin at the Four Continents championships. Blais is a celebrated speed skater in own right and has competed at all four major events this past season. Major achievements on the part of Blais had been playing executory roles in at least 4 medal wins by the relay team when it competed in Japan. Two of the wins were gold medal wins.

Blais also managed to secure a 4th place best finish in 1,500 metres event when she competed on behalf of Canada in Nagoya in Japan. The  Four Continents championships will include athletes from South America, North America, Oceania and Asia. The championships will be played at the Maurice Richard Arena.