Blue Light Paranoia May Be Exactly That 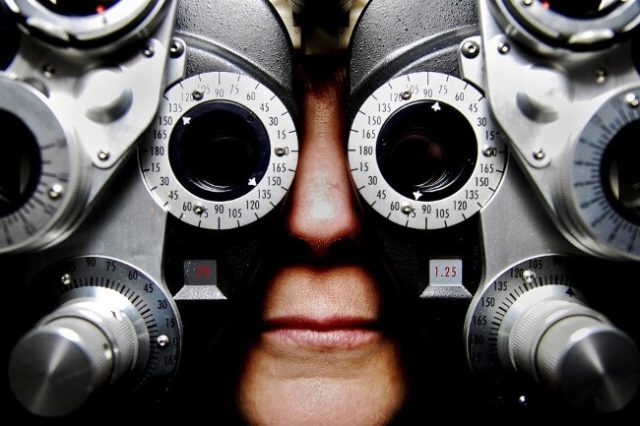 The eye-experts have spoken and its official: there’s no actual science-based evidence suggesting that the blue light radiated by digital screens is actually harmful to our eyes. In fact, according to ophthalmology expert Dr. Rahul Khurana, who also happens to be a spokesperson for the American Academy of Ophthalmology, the idea behind the blocking of blue light infiltration in the essence of eye-health is, to say the very least, “flawed on so many levels”.

The problem is that consumers are buying into the idea sold by companies like Vogue, Hakim, LensCrafters and HBC that blue light is particularly damaging to eyesight on many levels and as such, requires the use of specialised lenses in order to filter out everything from cataracts to cancer. The fact that we’re spending more times in in front of all manners of digital screens than ever before in the history of modern man isn’t helping the cause either. In fact, Canadians report spending on average at least 11 hours every day exposing their precious eye-sight to a variety of digital screens, especially smartphone screens. Its no surprise then, that when told that digital screens are in so many ways detrimental to our eye-health, we’re more eager than usual to fork out the funds to make the danger go away.

And let’s be honest here; we can feel for ourselves the effects of having spent hours on end staring at some form or other of a screen. Dry and tired eyes are a thing, and so its not all that far-fetched an idea to believe that something damaging may very well be going on in our collective vision-space.

A recent hidden-camera expose reveals many a self-proclaimed blue-light ophthalmology expert supporting the idea of blue-light damage. Staff at no fewer than four leading eye-wear chains continuously caution customers about the dangers of blue-light infiltration; warning of a variety of possible eye-diseases, including cataracts and macular degeneration. Vogue Optical’s online site goes as far as warning about blue light causing certain cancers.

The fact that salespeople working for top eyewear companies are in so many words warning customers about the potential dangers posed by blue light; and especially without any real scientific backing; is a major concern to experts such as Dr. Sunir Garg, who is an expert and ophthalmologist in the employment of the Wills Eye Hospital in Philadelphia.

According to Dr. Garg, who had been tasked with reviewing the hidden camera footage, it is to his mind a major concern that salespeople were making the types of claims that they were and still are regarding the dangers of blue light, without the necessary investigative proof as a back-up.

Dr. Garg describes the claims made by ordinary salespeople regarding blue light and its effects as intent on creating the kind of fear and paranoia that gets people to spend money on “things they do not actually have to spend money on”.

Be a WINNER online. Play slots, Roulette, Blackjack and MORE!