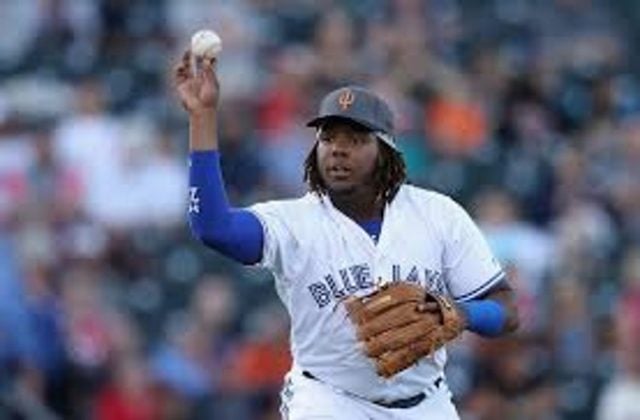 To say that Blue Jays fans took a benched Vladimir Guerrero Jr. on Victoria Day in their stride would be a complete lie. In fact, quite the opposite had ended up playing itself out. A scheduled rest day certainly wasn’t what fans had in mind for Guerrero on Victoria Day; that much was for sure. The team’s star attraction belonged at the centre of the action on Victoria Day games day, and fans made sure that the Internet took cognisance of the fact and of their strong feelings on the matter.

The fact that the Boston Red Sox were in town certainly did not offer much in the way of relief; least of all so for the columnists trying to make sense of it all after the fact. The fact; of course; refers to the ultimate man-handle that was the match between the Blue Jays and the Red Sox, which only served to infuriate the fans even more.

Everything would in all likelihood have come to a more peaceful head had the Jays actually won the standoff. But, well, they did not.

But Manager Montoyo said that it had been nothing personal, and that Victoria Day just so happened to be Vladimir Guerrero Jr.’s turn to sit out. It must be said, in Montoyo’s defence, that this is essentially his very first season managing the Blue Jays. And by the sound of things, he had not at all been briefed about the importance of Victory Day; not that one would expect him to not know this in any event.

But this was what was apologised for by Atkins, in defence of the move on the part of Montoyo to keep Vlad on the sideline. Atkins said that if he was going to regret anything, it would have to be his own failure to impress upon the team’s new manager exactly how important Victoria Day had been to the Blue Jays.

Atkins had also listed some elements for consideration whenever a skipper is tasked with deciding whom to play and who to bench during any particular game. Atkins made mention of fatigue, workload, match-up info and performance.

A lot of attention is to be had on prominent holidays such as Victoria Day and many players are eager to play on those days. Atkins said that these were the types of games that boosted the franchise to start with, and that he should have spent more time ensuring that everybody knew what was expected of them on the day.

Bet on Baseball and MORE ONLINE! Sign up with 1 of Canada’s BEST sportsbooks!