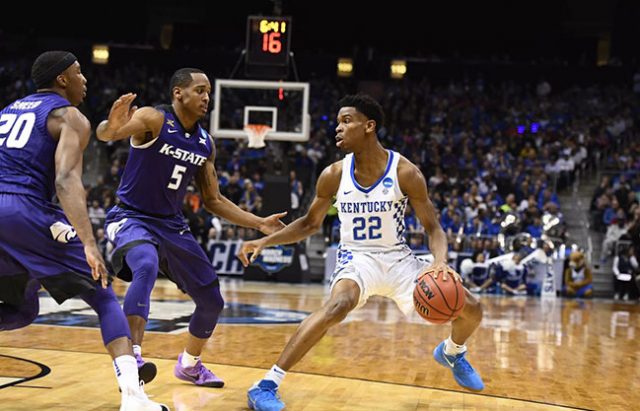 Of all the sports that Canada is known for, it’s probably basketball that enjoyed the most notable growth in 2018. Thanks to a whole new generation of talented young players competing at high levels and renewed fan interest, the industry rose to new heights – a trend that is still being witnessed into the new year.

Speaking about the trend, new CEO and president of Canada Basketball Glen Grunwald has said that he cannot imagine a better story in the country than what’s currently happening on the basketball scene.

The local men’s team managed to book its ticket into the 2019 World Cup last year – which will be its first participation since 2010. Now, it remains to be seen who exactly will make the roster from the seemingly endless pool of talent that all local provinces have to offer. This question has already been on the lips of thousands of fans, and reporters have also been hard at work speculating on the nation’s dream team.

SPORTS ‘N SCIENCE NEWS: How to Stop Kids Turning Away from Sports

But just how strong of a position does the industry hold? The recent victory for the men’s team in Brazil is testament to exactly that. Securing a place in the World Cup not only made it infinitely easier for the players to make their way to the Tokyo Olympics, but it also told a tale about the incredible sense of commitment among Canada’s players.

In Grunwald’s eyes, there are many mainstays that have been around for years; think Joel Anthony, Cory Joseph, Tristan Thompson and Kelly Olyknyk. However, he has truly been impressed at the commitment of his organization’s other players too, especially when times got tough. After flying to Europe on a 25-hour flight, doing training camps in Russia and Florida, and then travelling another two days to get to Brazil, the team still managed to score a win of a lifetime with ease.

This coming summer will see the men’s team gathering for a full month, including a training camp. Also on the cards will be a few exhibition games on home soil, a few more games in Australia to get the players accustomed to the time zone, and finally, travelling to China for the upcoming World Cup.

Rising Stars to Watch Out For

The women’s team, on the other hand, are facing a complex Olympic qualifying requirement list that includes round-robin tourneys in November this year and February next year. Canada is hoping to host one of these. In the meantime, the women have also been performing exceptionally well in recent years, with two consecutive top eight Olympic results and one-fifth at the 2014 world championships.

Canada’s young players are also causing a stir with their sheer jaw-dropping talent. Some names to look out for in 2019 include Shai Gilgeous-Alexander (20), Chris Boucher (25), R.J. Barrett (18), and Kia Nurse (22).

Bet on your favorite player or team to WIN.
Get great odds at top online sportsbooks now.