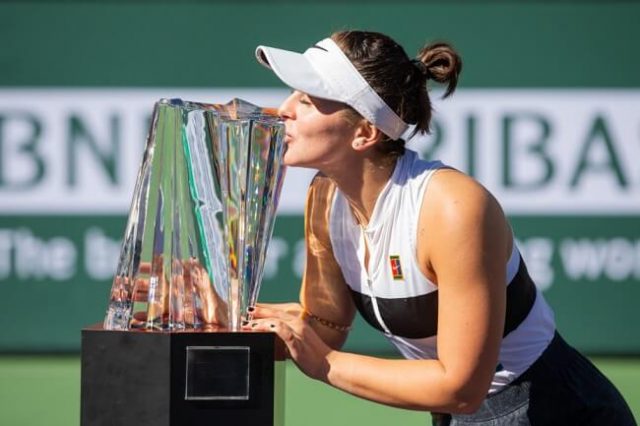 Canadian teen Bianca Andreescu has made tennis history. The 18 year-old on Sunday won her very first tournament at Premier Mandatory level when she won the women’s final at Indian Wells. But the most amazing part is not necessarily the where or the how, but the who. The victory came after Andreescu beat none other than world no. 8 Angelique Kerber (Germany). The win catapulted the Canadian player into the number 24 position on the WTA Tour world rankings list. For Andreescu, that signifies a 36-position climb in world tennis.

The Canadian youngster beat the German world no. 8 6-4, 3-6, 6-4 in the nail-biting final at the BNP Paribas Open. Next up will be the Miami Open, which will hopefully bring about more victories.

Team Canada Is What It’s All About

Canadian tennis and especially the development of the nation’s youngest players, has come a long way. Developments have been happening in leaps and bounds, especially over the course of the last decade or so. Thanks to Tennis Canada, a lot of effort and literally years’ worth of hard work and relentless commitment is now starting to really pay off.

A recent interview with the CEO of Tennis Canada, Michael Downey, revealed just how big a role the organisation has been playing in the overall development of the nation’s young talent. And yet, ever humble, Downey expressed the sentiment that there is just no way in which Tennis Canada can or would ever even want to take credit for the remarkable progress that has been made in the sport since the mid 2010’s. Downey says that it’s been a team effort; it’s the parents, it’s the teachers, it’s the coaches, it’s the players themselves. These are the people who deserve the recognition.

The Value Of A Good Coach

Downey’s words rang true on Sunday when court-side, coach Sylvain Bruneau could be seen pleading with Andreescu to keep at it; to keep battling for the win. Needless to say, the young star’s resolve and drive had much to do with her victory over Kerber too, but there’s no denying that the conversation between coach and player just before the 3rd set commenced, made for the turning point in the match.

Coaches play a huge role in driving especially young players forward. Younger players often have the physical tenacity to win, but are not yet emotionally and mentally mature and strong enough to deal with the pressures of playing against the big names. Its during those moments that coaches become the make or break of a career-defining match.