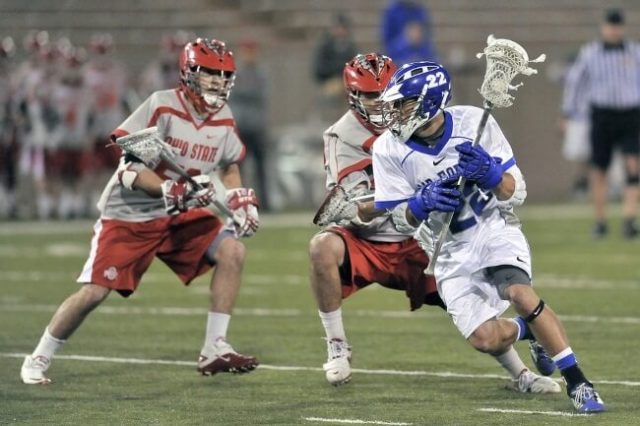 Matt Beers has been playing National Lacrosse League for years. He is passionate about the game and describes himself as a “weekend warrior” for being able to play and practice mostly on weekends only since lacrosse players hold down day jobs when they’re not among their teammates. But a new challenge now awaits Matt Weekend Warrior Beers because for the first time ever, the 29-year-old Vancouver Warriors player will be representing Canada at the World Championships.

The Lacrosse World Championships was played for the first time in 2003 and Canada’s national team has managed to bring home the gold in all 4 world championships played to date. Representing on the national team is at the same time humbling as well as positively exciting, said Beers at the time of the announcement regarding his inclusion on the team.

Beers describes playing for Canada as “unfamiliar territory” and said that in addition to feeling honoured and very excited, there’s also a strong case of nervous nelly in the mix.

Living Up To Expectations

Beers is nervous because he knows what team Canada has shown itself capable of achieving. The expectations are sky high and the national team will be kicking off this year’s worlds in a fairly daunting setting. Canada will be competing in a tough group together with the US, England, Israel and the Iroquois Nationals. In short, it won’t be easy pickings.

But despite the nerves, Beers knows what is expected of the team as well as of him in his individual player capacity. The high expectations aside, said Beers, its no good getting worked up even more when already under extreme pressure. The only thing to do is to get out there and give it everything you’ve got.

Selection Was No Easy Task

All three 23 national team inclusions are accustomed to playing right at the top where the air is thin and the pressure valve wide open. Hours of consideration had gone into the selections process, says Canada general team manager Eddie Comeau.

Even so, the selection process is forever a difficult task, and according to Comeau, this year was no different. The local lacrosse scene is a tight-knit one of community playing, says Comeau, and even though the selected world championship team members have not played in a single team for months on end, as is often the case with full-time national sport disciplines, the sense of community has yet again saved the day.

“Chemistry” is how Beers likes to put it. Chemistry and cohesiveness is will make it a great deal easier to get onto the same page as everyone else in the national team.

Want to bet on YOUR favourite sport? Get betting at a top online sportsbook NOW!