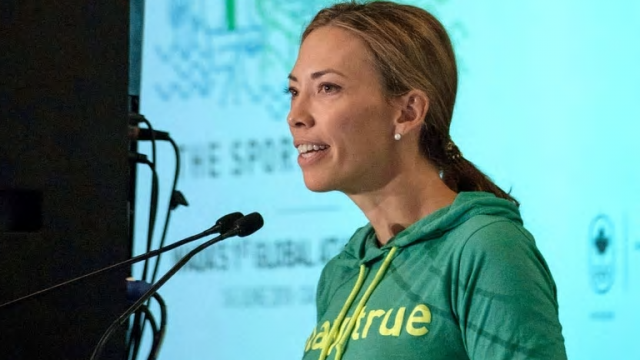 Canadian and former pro-skier Beckie Scott is a true pioneer for clean sports and considered to be a real fire-cracker in the field ever since she fought for more than 24 months to have a bronze medal that had been awarded to her upgraded to a gold, after she had wizened up to the fact that the two Russian women who had beat her to the winning post on the trails of Salt Lake City were in actual fact a couple of doped-up cheats.

Things turned potentially ugly at a September 2018 WADA (World Anti-Doping Agency) board meeting when a decision on the part of the world governing body to re-instate the Russian anti-doping agency was opposed heavily by Scott, but passed nonetheless. Some of WADA’s members had expressed the opinion that Scott’s issue with the Russians was primarily of a personal nature, and that the situation had in the end turned into a rather unnecessary emotional affair.

Scott Claims That She Was Bullied

Not too long after the meeting had taken place, Scott had laid a formal complaint, alleging that she had been bullied and harassed. Scott in her complaint referred to a particular incident during the meeting that had been especially upsetting to her; that of one man having called her out for having had a “victimistic” attitude.

WADA last week released a 58-page investigative report that sought to determine whether Scott actually had any grounds to stand on to be claiming that she had been bullied and/or harassed. The report concluded that whilst it did recognise that some of what had been said during the course of the meeting certainly qualified as aggressive and harsh; disrespectful even; none of it qualified as harassment or bullying.

This May Not Be The End

WADA had at the time of the release of the report said that it considered the investigation officially closed. But many are of the opinion that the Beckie Scott-saga is far from over. Shortly after the 58-pager was released, Scott and the chair of the US Anti-Doping Agency, one Edwin Moses, issued a statement to The Associated Press as a way of commenting on the report in a public forum. The pair referred to the outcome as having been a complete “whitewashing” of their claims.

Scott heads up the WADA Athletes’ Commission; a body that has been openly renounced by some of the members of WADA, and called out as being completely unnecessary in its very existence. It appears as if this is the opinion largely held by the International Olympic Committee; which organisation also happens to sit on WADA’s executive body.

The relationship between Beckie Scott and the International Olympic Committee can at best be described as raw and extremely volatile.

Want to bet on Winter sports? Place YOUR BETS at top sportsbooks online.