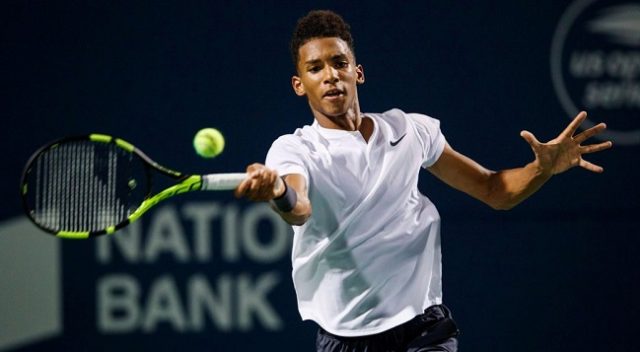 Rio’s ATP 500 final saw Serbia’s Laslo Djere beat playerplayerCanadian teen Felix Auger-Aliassime 6-3, 7-5 on Sunday past.  18 year-old Aliassime is from Montreal, and on Sunday he became the youngest player ever to have reached the Rio Open final since the circuit was first introduced back in 2009. Had the Montreal-teenager been able to beat his experienced opponent, it would have been 5 consecutive wins in a row, but sadly, Djere had entered the event with a much better clay-court ranking than Aliassime.

But, despite having lost to the more experienced player, it’s not all bad news for the young player. The expectation is that Aliassime, currently ranked in 104th position, will have moved into the top 60 of the world rankings when they are released in about a week’s time. As for Djere, also a superb and meticulous player, he will most probably make it all the way into the top 40. He is currently ranked 90th on the list.

As for Aliassime’s personal experience of the event, the teenager says that it’s obviously a disappointment to come so close to winning one’s very first major title, and then not making it all the way through. But, says the very positive teenager, despite the loss, he had still managed to accomplish “good things” and will instead of feeling defeated, choose to focus on the many positives.

As for the technical aspects of the match, Aliassime had a total of 47 unforced errors, as opposed to Djere’s 20. 9 double faults were committed, with Djere only having been guilty of 6. Djere is a more experienced player, and so the match-statistics do not come as a surprise.

Still, the Montreal teen would be well advised to learn from his mistakes during the match against Djere.

Vocal Support From The Crowd

Judging by the Canadian player’s closing comments, this will most definitely be the case. According to Aliassime, the defeat was mostly down to his serve having fallen apart during the final match. He said that this was particularly frustrating, as he had been serving well in the week leading up to the final.

But despite the young player’s tendency to err on the side of the inconsistent, he enjoyed a lot of support from the crowd. The teen was the second Canadian player to finish in up in the runner-up position in an ATP tour during the last two weeks.