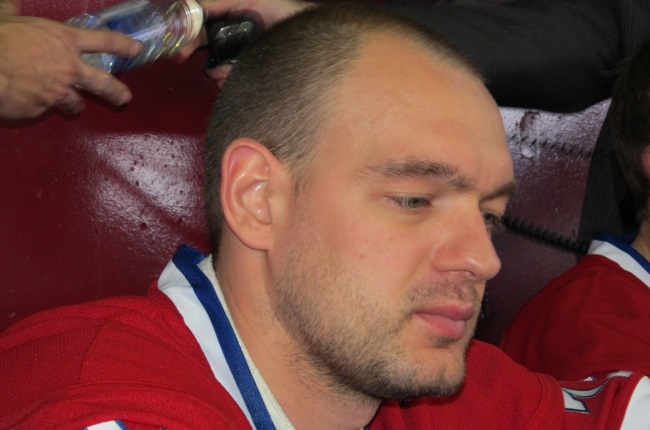 The retirement of former Montreal Canadiens defenceman Andrei Markov is perhaps proof that all good things must necessarily at some point come to an end. Markov, now 41, who on Thursday past formally announced his retirement from professional hockey, played a total of 990 seasonal games on team Canadiens over the course of a 17-year period between 2000 and 2017. He at the end of the 2017 season returned home to Russia where he eventually played the last games of his pro-career. He spent the final 3 years of his professional hockey career playing for the Russian Hockey League, and his final season, being the 2019-2020 season, for local Russian league team Lokomotiv Yarosavl.

But it can certainly be argued that Markov spent his best years doing his thing for Montreal. The team selected him 162nd overall back in 1998 and he eventually went on to score 119 goals and 572 points for his new team, let alone having positively anchored the Canadiens in absolute power play throughout his time with the franchise.

Not Even Injuries Held Him Back

Major injuries to a knee and an ankle threatened to become the undoing of him as a professional player and Canadiens anchor in 2009 and 2010 respectively. But despite the fact that he was forced to tone it down somewhat on the number of games played per season from then on out, he in March 2012 returned full swing for 5 more seasons playing his heart and soul out for Montreal.

In 2009-10, Andrei Markov was named alternate captain, and he held on to the coveted “A” until he eventually left to return home to Russia. His journey with Montreal led him to play under the leadership of 4 separate captains: Shea Weber (current captain), Brian Gionta, Max Pacioretty and of course, Saku Koivu.

Scoring Points Was His Thing

As far as most points scored by Montreal Canadiens players, Andrei Markov shares a second-place ranking with Hall of Famer Guy Lapointe. The pair remain beaten only by Hall of Famer Larry Robinson for his (Robinson’s) 883 points scored throughout the course of his career playing for the Habs.

After having received word of Markov’s stepping down from playing professional hockey, the Canadiens wished him well on social media, congratulated him on what the team referred to as an incredible career and issued a heartfelt thanks for everything he had done for the Canadiens during his 17-year journey playing on team Montreal.

Bet on a WINNER! Sign up at a Canadian online sportsbook NOW.