Andreescu Set To Play In WTA 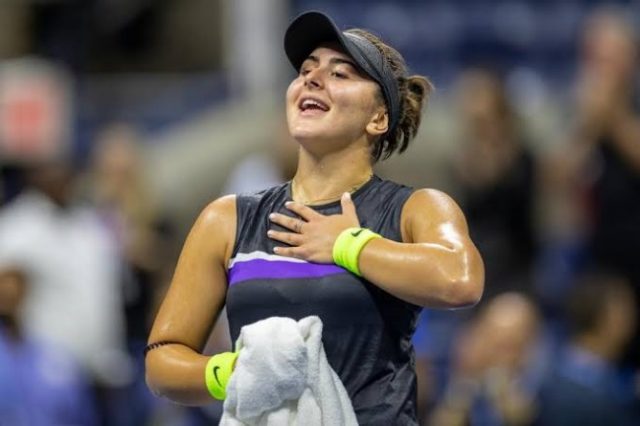 Some would argue that the best of 2019 tennis is now practically behind us, what with all four Grand Slams already having been played.  But the actual fact of the matter is that the best; or perhaps a better description would be “the biggest”; payday is yet to come what with the Women’s Tennis Association finals officially kicking off on Sunday in China.  And perhaps the best news of all is that our very own Bianca Andreescu has been invited to play.

“Invited” because only the 8 top-seeded female players in the world get to enter into the running for the singles prize money totalling a phenomenal US$4.42 million in first-place prize money. Yes, that’s right, its the most cash on offer as a single prize in tennis history, even shadowing the US Open’s $3.85 million.

As mentioned previously, only the top 8 women in the world (according to seeing) are invited to play. They are (in order of diminishing ranking): Ash Barty (Aus), Karolina Pliskova (Czech Republic), Naomi Osaka (Japan), Bianca Andreescu, Petra Kvitova (Czech Republic), Belinda Bencic (Switzerland) and Elina Svitolina (Ukraine). Svitonlina happens to be the current defending champion.

The finals follow a rather unique round-robin format with players initially divided into 2 groups. Every player plays everyone else in her group once, after which the top 2 players in each group (points-wise) get to advance to the semi-finals. Once the semi-finals are in play, its a knock-out situation from there on out, after which the winner in each group gets to square it off with the second-placed player in the other group.

This year’s semi-finals will be played on Saturday November 2nd. And on Sunday, one day later, the two semi-finals winners will be going head to head for the championship title and the ultimate in prize money during the final.

What Are Her Chances?

The fact that the whole thing is points-based (which is why Serena Williams did not even receive an invite) will mean that Andreescu will in all likelihood not practically speaking be able to win the WTA champion’s title. In fact, its highly unlikely that any one in the premium group of 8 will be able to stick it to Australia’s Ash Barty.

The ranking system works in such a way that even if the Australian were to lose all three of her Round Robin matches, the current number 2 and number 3 will in all probability still not be in a position to catch her.

But what Andreescu does have counting in her favour is the strong likelihood of her being named Player of the Year. Voters are often emotionally swayed by performances that are “recent” as well as flashy.

Andreescu may just ace both.