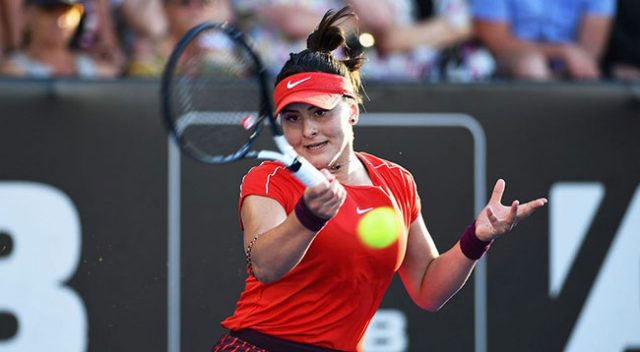 Heidi El Tabakh has been given a few well-deserved breaks for her upcoming initiation as the captain of the Canadian Fed Cup team. The recent debut of teen Bianca Andreescu has given her a true weapon in the World Group II first round tie against the Netherlands’ team. Also out of the way for El Tabakh is Kiki Bertens, who was not nominated to the Dutch team’s ranks.

Andreescu won the first WTA Tour title of her career this month to top off an incredible few weeks for her. Since the start of the year, the player managed to soar from No. 152 to No. 68 in the world rankings – a career best for the player. Now, she will soon be fronting a team that includes Rebecca Marino (world No. 218), Francoise Abanda (No. 219), and 10th-ranking Gabriela Dabrowski.

Commenting on this, Andreescu has said that there are plenty of good women’s tennis players in the industry at the moment, so she is feeling very confident about the tie and what it means for her squad.

Gearing Up to Play the Netherlands

The Netherlands will be fighting back against Canada with a team consisting of Arantxa Rus (No. 128), Richel Hogenkamp (No. 150), Bibiane Schoofs (No. 163), and Demi Schuurs, who ranks seventh in the doubles. This team will be appearing for the February 9-10 tie on indoor ground at the Hertogenbosch-based Maaspoort Sports & Events arena.

Kiki Bertens, who has no less than seven WTA titles under her belt to date, revealed last year that she would be passing over the tie and focusing instead on tennis tournaments in Dubai and Doha.

Canada’s side is also playing in the midst of an absence. Eugenie Bouchard (No. 76) of Westmount, Quebec will be sitting out the upcoming tie. In a recent statement, Tennis Canada confirmed that the athlete is hard at work trying to get her ranking back up to the world’s top 50.

Bouchard Takes a Bow… For Now

In an email on the subject, the federation noted that Bouchard is completely committed to her goal and they respect her for it. With that said, they noted, they know that Eugenie has represented her nation with great pride over the past eight years, winning an ITF heart award for the essential role she held in Canada’s last Fed Cup tie in April of 2018.

Andreescu, who hails from Mississauga, Ontario, is full of confidence after beating the world’s former No 1s Caroline Wozniacki and Venus Williams in Auckland early this month. She is currently standing at 16-2 on the season, and ranks sixth in the WTA Race rankings.

The official draw for the best of five match will take place on February 8 this year. Two singles matches are scheduled for the day after, followed by another two on February 10 ahead of the highly anticipated doubles match.