American Sports Gambler The Most Influential Person Of 2018 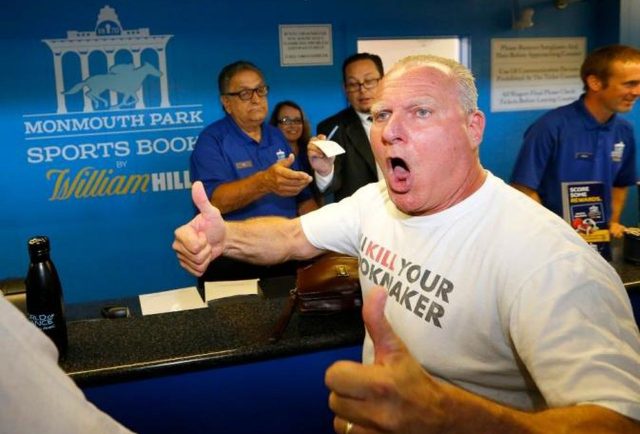 In a turn of events that is nothing short of astounding, mind-blowing even, the collective representative the “American Sports Gambler” has been named the most influential person of the year by top media publication Sports Business Daily Journal. Astounding because not even a year ago, sportsbetting wasn’t even legal in the US. It really is a matter of “just look how far we’ve come!”

Even more surprising is the list of names following the American Sports Gambler; not because they’ve made the prestigious list, but because they’ve been pipped to the victory post by another. The NBA’s Adam Silver made it into 2nd position, Roger Goodell (NFL) placed 3rd, MLB legend Rob Manfred occupies slot number 5, and the NHL’s Gary Bettman ranks 10th on the ultimate influence scale.

These are the big guns of the US pro-leagues, and our man (and wo-man) beat them all. Oh, and did we mention that the top-dog sports gambler also beat Eric Shanks? Shanks came in at number 4, and is of course the man responsible for bringing Thursday Night Football to the Fox Sports Network, as well as the rain-maker who sealed the until-2028 World Series broadcast-deal on behalf of the network.

A Complete Change Of Heart

According to an article published by the journal, and one that is nothing short of an ode to change, the pro-sports establishment, for all of its prior kicking and screaming against legalising sportsbetting, has now not only shown tolerance for the new legislation, but has in fact, fully embraced sportsbetting.

In fact , it’s now exactly a year ago that arguments in favour of the lifting of the ban on sportsbetting were brought before the US Supreme Court for adjudication. Then, in May, the same Court ruled that PASPA was indeed a violation of the 10th Amendment.

Since then, seven states have joined Nevada in fully embracing sportsbetting as a permissible activity, and many more have indicated that they will be following suit come 2019.

A nice surprise was MGM Resorts CEO Jim Murren’s inclusion on the list, in position number 23. This is the very first year that Murren has been ranked as one of the most influential people in the world. The casino big shot is a true businessman by trade and has in many ways paved the way for MGM’s entry into camp pro-league.

In August, MGM Resorts became the very first casino company to seal a partnership deal with any of the big pro-sports leagues; in MGM’s case, the NBA. Not only has he shown the way in his own company’s ranks, but he has also been an inspiration for other entities to achieve the same.

Love betting on sport? Check out the best sportsbooks online in Canada TODAY!