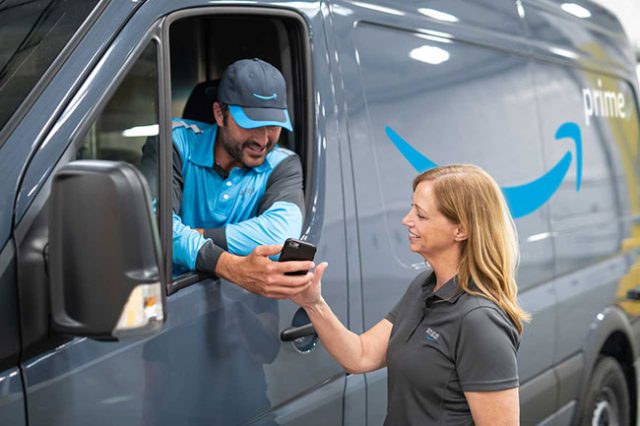 Anyone who has ever caught a glimpse of online retail giant Amazon’s scope of operations at its massive distribution hub, will find it very easy to believe that the company generates quite the carbon footprint; as do all operations of a like size. But Amazon has said that it wants to be greener, and aims to cut its carbon-footprint down to half of its current size by the year 2030.

In order to achieve this special feat; a tall order when considering that the distributor literally ships millions of parcels to consumers’ door-steps every single year; Amazon will start off by using solar power instead of conventional electricity, make use of electric delivery vans, and incentivize its suppliers to make use of earth-friendly packaging.

Consumers are becoming more and more aware of the impact that big corporations are having on the environment. The planet is under immense pressure due to a massive carbon footprint that has been created by mankind, and scientists have warned that if drastic action isn’t taken, man-kind may not have somewhere to call home for much longer.

Some consumers are going as far as calling a halt on supporting big-shot corporations that refuse to conform to a more greener way of doing things. Big global distribution and manufacturing businesses such as Coca Cola and McDonalds, have announced similar initiatives too that planned by Amazon, all in the hopes of winning back the confidence of earth-minded consumers.

These companies create a lot of waste and it’s about time that a more conscientious approach is followed in terms of the massive impact on the planet.

Amazon is taking a giant-sized leap in the right direction. It says that it has been exploring new ways of minimizing its impact on the environment for the last two years, and that its come to a number of worrying conclusions about carbon footprints in general.

In order to reverse the negative cycle, it will continue to try to find new and innovative ways in which to lessen the stress that it puts on the environment. Amazon has dubbed its new program “Shipment Zero” and the aim is to get as close to zero carbon impact as possible.

The online retail giant has also announced that it plans to publish the details of its own carbon footprint on the environment, sometime later this year. This will be the first time that this particular information will be made public.

Reduce YOUR carbon footprint!
Stay in and enjoy the BEST sports games online.