Alysha Newman Has Her Sights On Olympic Gold 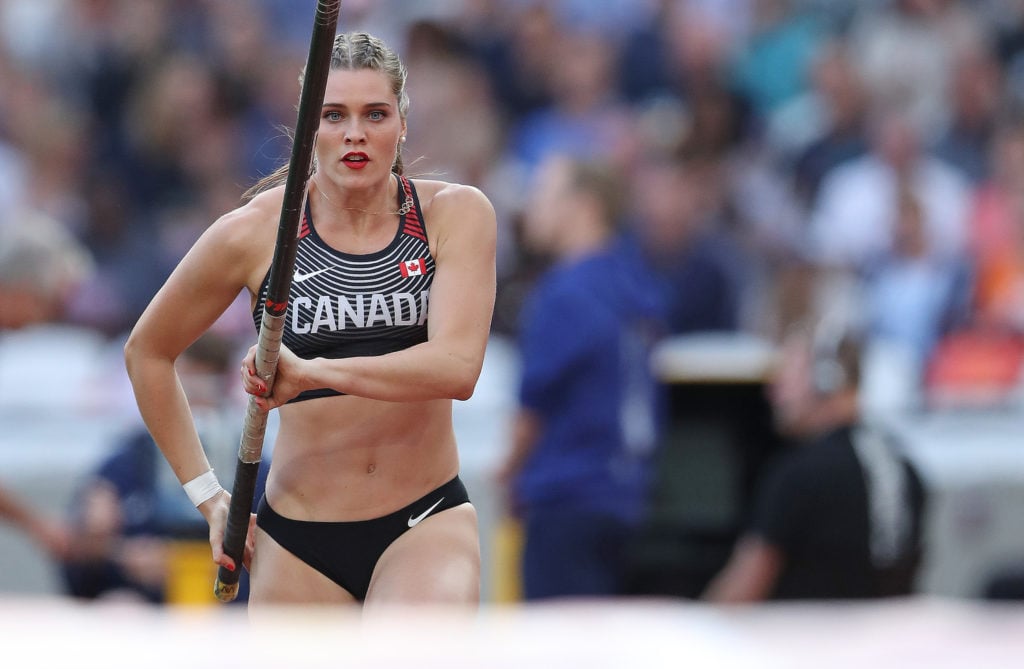 Alysha Newman is a woman on a mission. The Canadian athlete wants to achieve what no other Canadian female athlete has managed to do, which is to bring home Olympic Gold in pole vault. And the fact that she’s had a much slower-than-usual start to the current season hasn’t at all phased her in any way. She doesn’t seem too concerned about what others may think of her chances of reaching the ultimate goal. All that matters to Newman is winning the gold.

It must be said that Tokyo won’t be Newman’s first Olympic appearance. But then again, looking back at her inexperienced 21-year old self, four years seem like two lifetimes ago now. Fresh out our university, with no pro-experience to speak of, a young Newman finished 17th in her event.

The Road So Far

But Newman’s slow start to the current season means that it’s just so much more difficult for the gold medallist to now imagine herself where she knows she will ultimately be in six months’ time. More than anything, Newman realises that eventually reaching the top will shadow everything that she will have to combat on her journey up. Nothing can ever compare to what it feels like at the very top and it’s this knowledge that makes the gold medallist to want to enjoy not only the highs, but also the bad and the ugly. The good, the bad and the ugly are all part of the journey after all.

And perhaps it’s the willingness to embrace the lows along with the highs that’s shaped Newman into the quality of athlete that she is today. That and her knack of balancing pro-sports with enjoying everyday life. She doesn’t shy away from enjoying a milkshake or glass of wine when special occasions demand a letting down of the hair and a professional sports trip is no reason not to pack ordinary clothes so that she can enjoy more about the destination than competing professionally.

But striking a balance between track and everyday life is what success is all about to Newman and its been a strategy that has served her well. Being one of the world’s greatest pole vaulters isn’t all there is to life as far as Newman is concerned, because wanting to be something great after all of that pole vaulting jazz matters too.

Which is probably exactly why Newman can fully expect to bring home Canadian gold.

Bet on YOUR favourite sports online. Back a favourite to WIN!