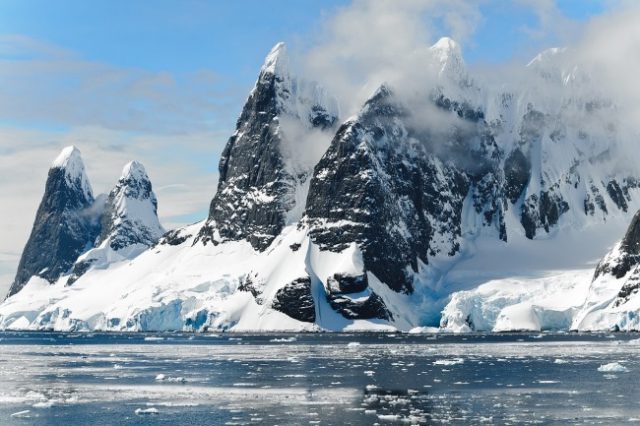 The latest Arctic research now suggests that instead of trudging around on the surfaces of the Moon and Mars, the answers to many of our questions may have been locked up in our own back yard all along. Life on other planets, so say a team of researchers associated with the University of Washington, may very well in essence be connected to layers of ancient salt-water that remain trapped in Alaska’s permafrost.

The layer of water is what is known as an “Alaskan cryopeg” and is apparently so salty that it does not freeze, regardless of how cold it gets. But the really interesting bit is the fact that the university’s researchers were at the time of their exploration studying microbes and their affiliated viruses. What this implies is that there exists a class of life that is able to survive in exceptionally strange circumstances.

A class of life now thought to be present on Mars as well as on the moons orbiting Jupiter and Saturn too.

Read More… The Oilers May Find A Saviour In Ken Holland

To put things into perspective in order for the non-scientific mind to better understand the weight of what may be deduced from the research; the following. The Alaskan cryopeg is 14 per cent salt. By comparison, sea water as we know it is only 3.5 per cent salt. Or in the words of Zac Cooper, PhD student in oceanography and astrobiology, “that’s a lot of salt”.

And indeed it is. The problem; but also the eye-opener; is that when water is permeated by salt to the extent that the cryopeg is, not much room remains for drinking. Or for doing much of anything else related to living, for that matter.

But then where does all the salt come from? Researchers aren’t entirely certain, but the general consensus appears to be one of a severe dropping of sea levels; a occurrence in nature that supposedly took place roughly 100,000 years ago. The lower levels were caused by the formation of glaciers. As soon as the levels dropped, the sea-floor sediment was suddenly exposed, along with massive bodies of saltwater.

The sediment is thought to have frozen following the exposure, and did in effect trap the liquid layers of salty concentrate. Fast-forward thousands of years into the future and the result is a sort of super-telescope/microscope leading humankind to a better understanding of the possibility of life on other planets.