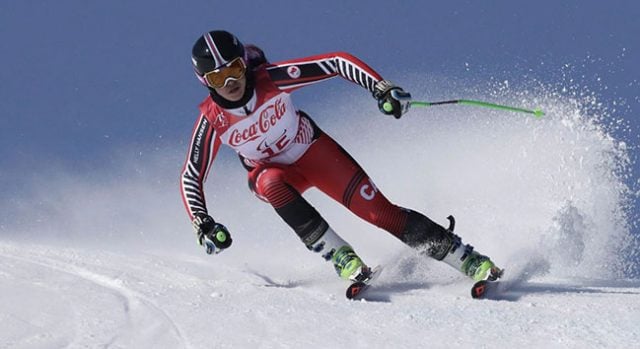 Canada’s skiing industry is nearly as iconic as its ice hockey scene, and even the paraplegic version of the sport is a force to be reckoned with at international events. Now, one very skilled local skier has beat the odds once more to capture silver at a recent World Championships game.

Alana Ramsay of Canada scored a coveted silver medal in the women’s giant slalom game at the Para Alpine World Championships on Thursday, January 22. The championship took place over in Slovenia, which has just the right climate to provide the perfect amount of snow for such a major skiing tournament.

The 24-year-old athlete hails from Calgary, and came third in the Para Alpine World Championships back in 2017. This year, she managed to shave more than two seconds off of her first run, finishing with an impressive total time of two minutes and 23.20 seconds. Naturally, this resulted in Canada winning its first medal of the world champs.

Skiier Shines in Her Second Run

Ramsay, who is a two-time Paralympic medalist in 2018 alone, recently commented on her incredible finish to local media outlets. According to her own words, her second run went ‘much better’ than the first. She feels as though she really came out of her shell and showed off her true abilities in the second run.

The professional skier also noted that to come back and demonstrate exactly what she can do – and what she has been training so hard for – means a lot to her. Her tangible passion has also brought her country one of the first major skiing wins of its history, and the nation is no doubt proud of her performance this year.

Teenage competitor Jernej Slivnik is another athlete who was seemingly feeling quite at home at the first World Championships of his career. The 18-year-old Slovenian native took up Para Alpine Skiing back in 2009 at Kranjska Gora, which is currently hosting this year’s champs. He still trains on the mountain every year once the first snows fall.

Only Way is Up for Canadian Star

Slivnik made his first World Champs debut in the men’s giant slalom on the event’s opening day. He completed both of his runs, coming in at 17th overall out of a field of 26 competitors – seven of which could not complete their races due to a particularly rough course.

The teen had a few notable advantages working on his side. Firstly, he is already very familiar with the course, as he practices on it frequently. His family also lives just 20 kilometers away, which he says gives him ‘extra energy’ to perform to the best of his ability.

On the other hand, despite her family being thousands of kilometers away in Calgary, Alana Ramsay managed to perform to her max and scoop silver for her home country. As for what the future will bring for our home grown Para skiing star, time will only tell!