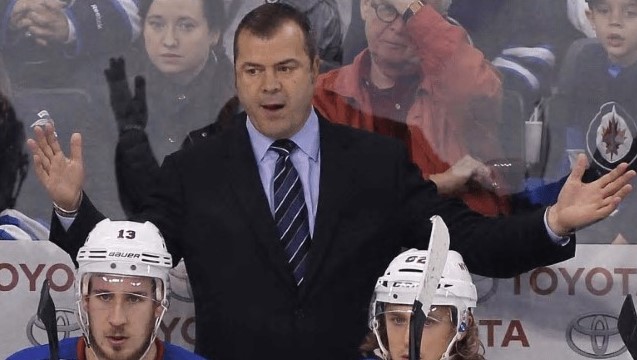 We’re headed towards the Men’s World Hockey Championship in Slovakia, and it will be none other than Quebec City native Alain Vigneault doing the honours of conditioning the guys of Team Canada and managing their bench. Many will recognise Vigneault as a controversial figure in men’s hockey; but controversial, in the opinion of many, for all the right reasons. Vigneault is well known for his no-nonsense approach to the game. He was fired as head-coach of the New York Rangers last year; after 5 years of having served the team. He had previously coached the Montreal Canadiens as well as the Vancouver Canucks.

Another bit of exciting news is that he will be assisted by Dave Hakstol, former head coach to the Philadelphia Flyers, the associate coach of the Canadiens, Kirk Muller, and the assistant coach to the Rangers, Lindy Ruff.

To say that if Team Canada isn’t able to reign supreme with this kind of support system, then it really just wasn’t to be, would not be in the least bit extreme.

Elite Coaches For An Elite Team

CEO Tom Renney (Hockey Canada) probably says it best. He recently issued a statement confirming the appointments in the lead up to the first game on May 10 and said that the four elite-level coaches brought with them more than 60 years of combined NHL coaching experience. Team Canada could not have asked for a more effective head start as far as conditioning and coaching are concerned.

Canada is scheduled to open the World Championship on 10 May. The first game will be against Finland.

Renney also said that it was an honour to be associated with the representation of Canada on a world stage in any sport, but so much more so when it comes to hockey. It’s the nation’s first love and hopefully the four-man band will lead Team Canada towards the gold.

Together, they possess critical coaching skills that are absolutely on par with international and professional standards and events. Team Canada could not have asked for a more effective head- start. It would have been a mammoth and near impossible task to concoct a more fail-safe recipe for success.

In hockey, especially at the World Championship, all bets are off and anything can happen. This is something that has been experienced on many occasions. However, the right kind of support is as good a head start as any.