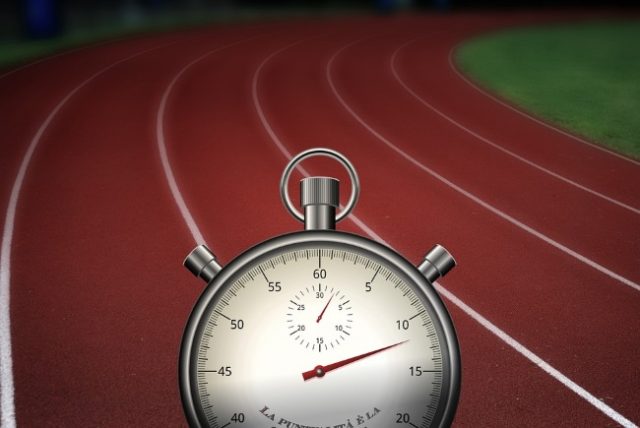 Canadian distance runner Moh Ahmed can’t be too satisfied with his recent performance at this year’s world championships. Despite having put up a stellar and positively tenacious performance of grit and endurance, Ahmed fell all the way back into 6th position in the men’s 10,000 metres event. The runner is the very same long-distance master of the track and field who in 2017 established a brand-new world record time for the event.

Khalifa International Stadium in Doha, Qatar, witnessed the Canadian runner having scooted his way all the up and into second place before sinking back down to 6th place just short of the 1,000 metres to go mark. The total field came to 21 runners in a race described by Ahmed has having been hard and taxing on the system. Ahmed said that he had “felt heavy” right from the beginning of the race.

The runner put the lessons learnt from experience down to his having to learn how to run in unison with a leading pack at the front of any given race. The athlete earlier on in the same week became the very first Canadian runner to win gold in the 5,000-meter World Championships Event.

Read More… Mattress Mack MLB Bet May Be Biggest Ever

Up Against Fresh Legs

But according to race analysts, Ahmed having fallen back into 6th place whilst others appeared perfectly strong was the result of some very fresh sets of legs having been present. Those who went on to secure podium positions did not, like Ahmed, pull a double whammy by running the 5,000 as well as the 10,000 metre races. They instead chose a race and stuck with it, unlike Ahmed who really wanted to make the best of the opportunity.

CBC Sports Analyst Dave Moorcraft is convinced that the show is long not nearing an end for Ahmed. Moorcraft commented on the upcoming Tokyo Olympic Games and said that Ahmed, even though the Olympics tend do be great deal more challenging than worlds, has what it takes to really shake things up in Tokyo.

Very Much On His Own

Moorcraft also commented on the fact that unlike the rest of the race participants, Ahmed doesn’t have the support of team-runners to count on. He runs alone and sticks to the inside lane. He does this with great deal more efficiency than before, said the analyst, as well as really having been exercising his ability to concentrate and focus.

All of these traits will serve Canadian runner Moh Ahmed in Tokyo.