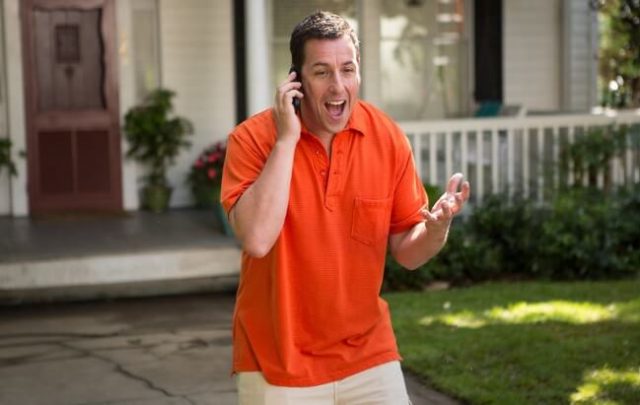 US actor Adam Sandler will come December 13 be heading towards big screen cinemas in the leading role of Uncut Gems, a movie based on the life and times of a New York jeweller turned high-stakes sports bettor.  Sandler will be embodying a slightly more serious role (Uncut Gems is a crime thriller) than what is his usual comedic want and will be joined on the silver screen by former NBA star Kevin Garnett and radio personality Mike Francesca.

The movie was well received at the recent Toronto Film Festival, where it aired on September 9. The storyline starts off in a rather relaxed manner with Sandler’s character enjoying some success on the bet-front when just starting out.  But once the plot unfolds a bit more, the former jeweller becomes completely engrossed in the world of competitive sports betting, and it’s at this point that unexpected issues begin to surface.

According to the plot layout detailed on IMDB, the jewellery storeowner decides to look for alternative avenues in order to supplement his income and settle debt when a large volume of stock is stolen from his top supplier and girlfriend. High-stakes sports betting appears to offer the ideal remedy for the jewellery man’s debt problems, but he isn’t quite ready to weather all of what unfolds as the new adventure progresses. Sandler’s character ends up having to perform a precarious high-wire act between family and career and his latest pursuit, forever chasing the ultimate win.

Uncut Gems has been generating a lot of acclaim for Sandler, with some even predicting a possible Oscar in the near future. In addition to being screened at the Toronto Film Festival, the movie was also shown at the Telluride Film Festival, and it was here that the Sandler-buzz started gaining significant momentum.

Early reviews of Uncut Gems; famously co-produced by Martin Scorsese; suggest that the sports betting story may be Sandler’s best performance yet, and certainly the performance of the American actor’s career. The movie will, following its run on the big screen, be released to Netflix for further international distribution.

Sandler has in the meantime started filming a new comedy called Hubie Halloween. The actor is also making a return as the voice of Count Dracula in Hotel Transylvania 4 come 2021.

Want to learn MORE about sports betting? Sign up at an ONLINE sportsbook NOW!