A Sad End to the Toronto Maple Leafs Season 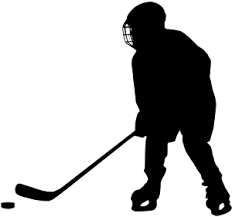 As winter ebbs and spring brings hope, three professional teams from Toronto seem to be going in different directions. Next week we will highlight the prognosis for the Blue Jays in the suddenly weak American League East.

The seasons started with high hopes for both the Maple Leafs and the Raptors. As the playoffs approach, the Raptors are still one of the top teams in the east even though they have faltered in the last three months. We will discuss their playoff outlook next week as well.

Season Coming to a Welcome End

The Maple Leafs, in contrast, will finish this season in abject ignominy. Not only will they fail to make the playoffs but they were essentially eliminated from the playoffs before the year changed. What went so horribly wrong for this once-proud franchise?

It was just two years ago, the Leafs led the Bruins 4-1 in game seven of their playoff series. The Bruins staged one of the great comebacks of all time to tie the game in regulation and then won the game in overtime. The Maple Leafs began a steady downhill spiral from that moment.

Randy Carlyle may evolve into a top NHL coach someday but he wasn't the answer for the Leafs this season and was released in January. The biggest criticism against Carlyle is that his teams are not fundamentally sound. Two areas in which the Leafs haven't improved are turnovers and scoring chances against. These are two fundamental areas of the game hat a teaching coach would emphasize day in and day out. It could also be that the Leafs lacked enough NHL caliber players to improve in these areas so much of the blame for the disaster that has befallen Toronto hockey lies with the front office.

The second major rap against Carlyle is that he overworks his top few players. A better coach teaches his average players to play their roles, plays them enough to keep them in the game and the stars rested, and gets above average performances from average players.

The third major criticism against Carlyle may in fairness not be his fault entirely. It is said that he lost the respect of his players and that they gave up on playing for him. First of all, NHL hockey players are supposed to be pros in deed as well as in name and salary. Even if the coach has serious flaws, a real professional plays as hard for him as he would for the best coach in the league. Second, the coach needs his top players to lead the other players. It was not Coach Carlyle's fault that the Leafs don't have a leader like Jonathan Toews. Toews was the youngest captain in the league at one time but he led his team. The Leafs are still waiting for their next great captain to emerge.

Peter Horachek took over after Randy Carlyle was fired. Horachek brought a new philosophy to the Leafs and the results have not been good. His philosophy is good defense leads to good offense. The Leafs first line of Phil Kessel, Tyler Bozak, and James van Riemsdyk have had the hardest time adapting to this new approach. Their offensive production has suffered and they were never known as two-way players. It may very well be that the Leafs aren't good enough to play either a wide open style like they played for Randy Carlyle or a tighter-checking style. As depressing as it sounds, the Leafs may have to clean house and rebuild the team. That means that upper management needs to decide on a team philosophy and draft, trade for, and sign players who fit their philosophy.

It appears now that the Leafs knew that the players were fundamentally unteachable. It that was the case, then the season was guaranteed to be a failure from the start. The best teams improve as the year goes on. They learn to play with new line mates as one goes down with an injury. They learn to pick up their game despite minor injuries and the exhaustion that comes from travelling almost every day for six months. They develop new plays for five-on-five situations as well as for the power play and the penalty kill. In short, as other teams make adjustments they do so as well. It seems that the Maple Leafs don't even understand the concept of making adjustments. If you don't understand the concept you have no hope of implementing it.

As sad as they are, there are a few conclusions that we can say about the Leafs:

Their personnel don't fit the makeup of a successful NHL team in the modern era.
There are too many players who are satisfied to collect their paychecks and not put in the extra work to improve their game.
The franchise lacks vision in evaluating talent, putting a team together that would function as a team, and playing philosophy.
The Leafs are not fundamentally sound in any facet of the game. Players seem to be out of position all the time.
Never Lose Hope

It sounds like all hope is lost but that is never the case in professional sports. It is true that the Maple Leafs need to make a major soul-searching but many professional franchises have come back after many years "in the wilderness". The Leafs can come back, too!

This article was a bit depressing but as this is a news site, we felt we owed it to our readers to "tell it like it is". Next week we will have two articles on Toronto teams whose fans can legitimately feel good about. One article will be about the Raptors as they head for the playoffs and the other about the Blue Jays as they prepare to hammer Major League Baseball with offense.