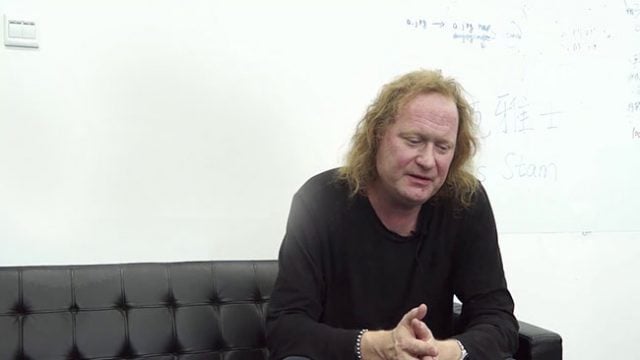 What to do when you’ve been classified, and quite rightly so, as a techie-style nerd and manage to live up to all of the quirky stereotypes when it becomes apparent that you have no idea who Rachel Adams or Jessica Alba are? Well, not enough of an idea to connect the faces to the names, in any event.

You absolutely try to wing it. Just ask Canadians Derek Bradley and Jos Stam. Bradley, a research scientist from Smiths Falls, Ontario, and Stam, a graphics researcher from Toronto, are both about to receive an award from the Academy of Motion Picture Arts and Sciences, which is very much the equivalent and on-par with receiving an Oscar.

Outwitted By A 5-Year Old

Stam is being honored for his superb work on an operating system for 3D graphics and special effects. But this is no run of the mill operating system used to create quirky cartoons. Stam’s creation is responsible for the creation of major blockbusters such as the Lord of the Rings films.

As for Bradley, his achievement has been creating technology able to re-construct the 3D make-up of the faces of actors, and in full motion and at high resolution for good measure.

The award will be Stam’s second of its kind, and he recently relayed the story of what the first time had been like. The awards ceremony had been hosted by Rachel Adams, and although Stam had a vague suspicion that Adams was actually quite famous, the only thing he was willing to bet on at the time was the fact that she too, was Canadian.

His second stint at the awards ceremony delivered a very special occasion for Stam’s 5-year-old daughter. The hostess was no other than Jessica Alba and Stam relates in true geek-fashion how the picture that he has of a very pregnant Alba with his over-excited daughter seems to really impress some people.

We’re not quite sure whether Stam, even now, knows why this is so.

As for Bradley, who now lives in Zurich where he is employed by Disney Research, the upcoming award has been a life-long goal and dream.  Bradley will, along with Markus Gross, Thabo Beeler, and Bernd Bickel, receive a Technical Achievement Award from the academy for his groundbreaking work on the Medusa Performance Capture System, which was developed exclusively for Disney.

Get ready to WIN! Bet on all your favorite sports online TODAY.