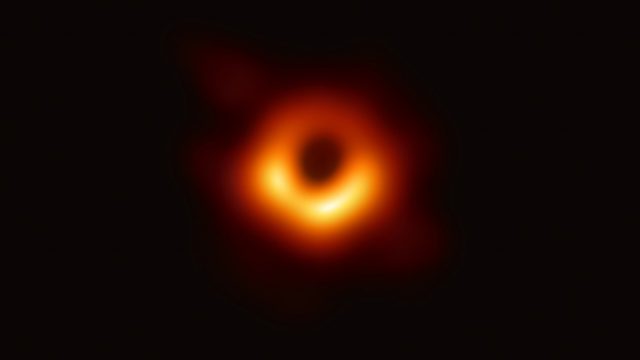 To most earthlings, trying to fathom the enormity of our sun is difficult enough as it is; let alone allowing our imaginations to venture to a place of having to imagine something 6 billion times the size of it! It appears we now may have to try to do just that if we have any hope of even beginning to grasp the scope of the first black hole ever captured successfully on film by a telescopic camera.

Not only is it the first black hole to be verified by actual camera footage; it’s also the biggest ever detected. The recently discovered phenomena is located at the center of a galaxy named Messier 87 (or M87) which is calculated to be 50 million light-years away. Thanks to the phenomenal lens capacity of the Event Horizon Telescope, black holes have for the first time ever crossed the divide from being described only in theory on the drawing boards of astro-scientists, to actual researchable forces of nature.

The Truth (Really) Is Out There

The universe is indeed a many splendid thing, and thanks to the latest discovery, we are now one step closer to at least forming a semblance of an idea of what may still be out there. The image, which shows a bright orange ring enclosing a black-as-night silhouette, is according to Avery Broderick, a physicist associated with the University of Waterloo, an example of seeing what was previously regarded as the unseeable.

Broderick, who also happens to be part of the research team to have discovered the black hole, says that black holes have for the first time ever been made real. Black holes are literally hubs of gravity. Anything that passes over the threshold of a black hole; quite eloquently dubbed “the event horison”; is instantaneously sucked into the abyss, never to return again.

What one tends to easily lose sight of is that light too, is bounced off of objects, making that light visible to the naked eye. When light has nowhere from which to bounce off of, it becomes impossible to track its course or trajectory, making it virtually impossible to see into a black hole.

The recently released image is the culmination of hard work and a decade’s worth of research and technology. Broderick describes finally seeing the image for the first time as a marvellous event; and one that will shape the way that gravity is researched and understood going forward.

But why now? What then is the secret to Event Horizon Telescope’s success and why has it succeeded when so many others have failed? The answer is interesting but simple. The telescope isn’t merely a single telescope; instead, it consists of a network of 8 inter-linked telescopes situated at 8 strategic locations.

According to Broderick, the best way to explain finding the seemingly un-findable is to remember that nobody really knows what is hidden under a rock until that rock is turned over.

By that logic, may Broderick and others like him, turn over many more rocks during our present lifetime.