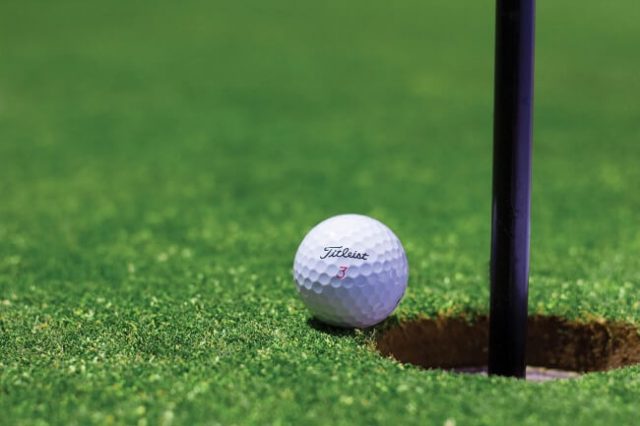 Michelle Liu is no ordinary 12 year-old. In fact, Liu is no ordinary golfer either, because at the tender age of 12, the Vancouver youth is the youngest ever player to have earned a participation spot in the Canadian Women’s Open. Brooke Henderson (14) previously occupied this particular hot-seat but has now been lifted from the cushions by Liu, what with her being 2 years Henderson’s junior. To put matters into proper perspective, Michelle Liu is currently in 8th grade at school.

Liu made her debut at the Canadian Women’s Open in Ontario on Thursday, having qualified to do so as a result of her having finished as the top Canadian player at the amateur championships that were played in July of this year.

The Open Is A Career Highlight

Liu, obviously wise and ambitious beyond her years, said during a recent interview that she was very excited indeed at having been granted the opportunity to play in a tournament that classified as an event very near a major tournament. A slightly nervous Liu pointed out that this (the Canadian Women’s Open) was the highlight of her career so far.

Michelle Liu may not have too much to speak of in years’ when talking career, but she certainly has managed to make up for it in terms of the magnitude of what she’s managed to achieve so far, having already won two junior world championships. The youngster had started to swing away at golf after having been enrolled at summer camp by her mother when she was only 6 years old. She remembers how at first, she did not appear to be very good at co-ordination in general, but he lure of being able to place the ball in a hole by making use of an ordinary object such as a club really fascinated her and had prompted her to work on her game.

Coach Rob Houlding has been on an avid supporter of the young player ever since Liu first set feet on the green. Houlding firmly believes that they young player has what it takes to follow all the way through and make it really big. He describes Liu as being strong-willed and dead set on fully committing to making good on any task at hand.

Houlding said that Liu was learning to better control her emotions too and is no longer the teary-eyed youngster of years ago. She now knows what she wants and has her emotions in check; 100% ready and able to reach into the future and make the most of her golfing career.

Bet on Golf ONLINE! Back a winner at Canada’s LEADING sportsbooks.