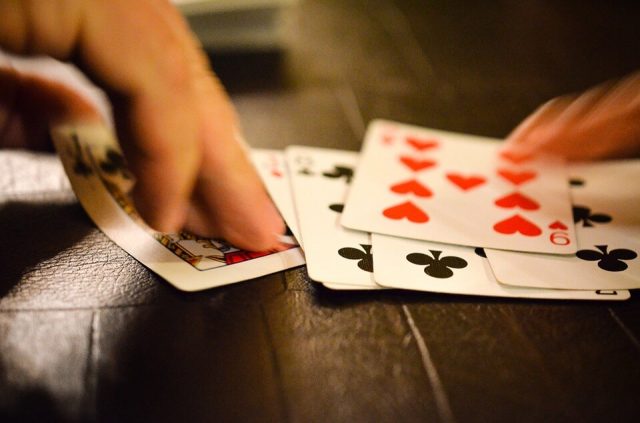 To say that angle shooting is frowned upon by Poker’s global mass following is a gross understatement. So much so that a recent stunt pulled by Quan Zhou during the European Poker Tour’s Barcelona event is enjoying more airtime than the actual event itself. One only has to flip through the digital memes album compiled for the sole purpose of mocking the event and expressing mass raw dissatisfaction to appreciate the absolute disgust currently directed at Zhou.

It all went down on Day 3 of the Barcelona event. Zhou opened with a $6,000 bet followed by $18,500 three-bet response from Ponomarev, who was at the time seated to the right of Zhou. Quan Zhou then by the looks of it catches a glimpse of Ponomarev’s hand and quickly decides against a fold indicated (by Zhou) mere seconds earlier.

Whether or not Zhou intended to cheat or not eventually pans out to be quite inconsequential as the flop that ensues ends up benefiting Ponomarev and setting the feels of a fold in motion for Zhou. The inconsequence of Zhou’s action hasn’t at all appeased the masses and neither has the fact that faking a fold isn’t technically regarded as cheating just so long as the player keeps his hands on the cards at all times.

To Question Is Good

Twitch.tv’s Joe Stapleton said after the incident that what Zhou had done doesn’t appear to be guilty of full-on premeditated angle shooting but that he (Stapleton) considered it befitting that the motive at play should always be duly questioned. Stapleton concluded that he was willing to extend to Zhou the benefit of the doubt in regards to willful cheating but then went on to refer to what the player had done as having been a “shady and uncool” change of mind.

Poker’s Twitter following has obviously paid no heed to whatever opinion any of the experts had to offer and continues to lash out at the now disgraced Zhou as well as severely berating him with a unified voice of criticism and (un)reason.

A popular opinion is that the difference between angle shooting and outright cheating is only but a matter of varying degrees of being in the wrong. Banking on the misinterpretation of others isn’t exactly in keeping with the chivalrous spirit of the game, after all.

Simon Brandstorm is the man who beat a field of 1,988 entrants in the event in question; not that anyone cares.