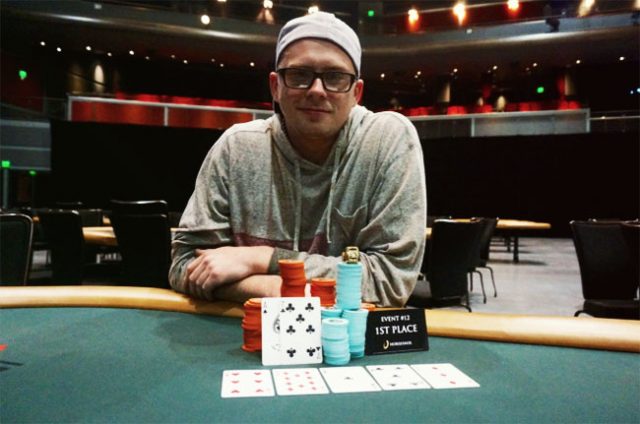 American poker pro Zachery Schneider reigned victorious last Monday at the $1,700 Main Event (ME) of the 2018/19 WSOP Circuit Horseshoe Hammond. After three days of relentless grinding, the pro managed to best a field of 1,094 other players to take down the title and the second WSOP ring of his spectacular career.

It was seemingly an easy win for Schneider, who kicked off Day 3 with the second-largest chip stack. Once the final table was ready to go, he came second in chips once more. The 25-year-old player rapidly eliminated four out of the nine remaining finalists, besting Nick Pupillo in heads-up play. He later admitted that there were ‘no serious hurdles’ to overcome, after scooping his winner’s prize of $302,492.

This is the 11th cash in a WSOP event for the young player hailing from Harvard, Illinois. Almost three years ago to the date on October 25, 2015, he came first in the WSOP Circuit $5,300 NHL High Roller Ring event, which was incidentally hosted by the same casino (the Horseshoe Hammond) just outside of Chicago. It was in this event that he won his first ring and a cash consideration of $101,250.

Naturally, Monday’s win was Schneider’s best yet. The player, who said that he wasn’t a particularly good one, only showed his true skills once he had reached the final table. His most recent win was his largest to date, bringing his total live tournament earnings to almost $450,000.

Apart from Schneider, another 116 competitors made it to the money and received a guaranteed $2,718. The 1,094 players that entered the event this year contributed to a hefty $1,657,410 prize pool, with Day 1 ending with the most players eliminated and the chip leader returning as the big stack on Day 2 along with 235 others. By that night, only 23 players remained to compete on the final day.

Day 3 kicked off with Sam Miller ahead of the pack with a stack of 3,535,000. Schneider was hot on his heels with 2.8 million in chips, and Nick Pupillo came third with 1.85 million in his stack. Soon after the final round began, Miller’s lead was taken by David McDermotte, while Kevin Johnson was the first to be eliminated, taking home $11,386.

A few eliminations later and one lucky win against Porfirio Mendez, and Schneider had stolen the chip lead, holding onto it right up until heads-up play. At that point, Pupillo had a massive advantage with the largest stack, followed again by Schneider and Miller, who was quickly eliminated in tenth place.

From there, it was Royce Matheson who finished in 9th for $29,999, Jake Baumgartner in 8th for $37,640, and Mark Wahba in 7th for $47,750. After a break, Guiliano Lentini left the table in 6th, followed by his eliminator, Young Hoon Koh. Eventually, Pupillo was eliminated heads up, taking home $186,823, leaving Schneider with the coveted winning title.

Play with the best! Enjoy online Poker at a top rated site NOW.