Xuan Liu Moves Into the World of eSports 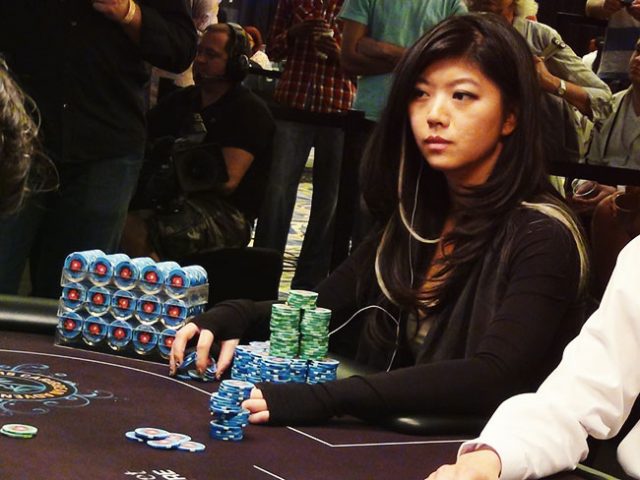 It has been more than 18 months since Canadian poker star Xuan Liu cashed in a live tournament. This may seem odd considering that she has cashed six-figure wins in four different years since 2011 and has earned nearly $2 million in her career so far – but it seems that Liu has now found another passion to pursue.

The former 888poker representative and comic book enthusiast has slipped out of the spotlight in recent years, which has prompted her fans to ask where exactly she is now. In her own words, Liu has had a ‘crazy couple of years’, having recently left a whirlwind relationship, moved three times, and planned two funerals and as many weddings all in the same period.

POKER NEWS: Ryan Laplante Spills All in a Recent Interview

Liu Strikes a Deal with Natural8

The player noted that she hasn’t played much as a result, although she confessed that she will always have a presence in the industry. However, she is now is actually seeking a transition into the eSports sector. She has recently been learning about competitive gaming and helping a local company that is building the nation’s first dedicated eSports stadium.

Lui has also revealed that she has struck a deal with Natural8 that will see her supplying an exclusive live stream for some of their major tournament series. She added that she hasn’t always been a particularly exciting streamer, but that she is looking forward to the opportunity – and to expressing herself – nonetheless.

While the player has not cashed in a tourney since last year, she has still been playing on her own time. She has also participated in a few WSOP events since, not to mention appearing at the Macau-based ACOP and WPT Montreal as well.

Explaining her decision further, Liu added that she has redirected a lot of her personal energy away from poker to focus on some of her other passions. She is confident that she did what was best for herself and her family given her situation at the time, but confessed that she definitely stopped when her grinding skills were at their peak.

As for the future, the pro has noted that she is way more weary of taking risks now that she’s in her 30s. She is ready to focus on the eSports sphere, and while she doesn’t play frequently any longer, she certainly isn’t abandoning her favorite casino game either. She still takes time to appreciate content from Kitty Kuo, Kristy Arnett, Liv Boeree and Marle the Vlogger, but sees clearly that not many players approach the game like it’s ‘an easy way to make money’ any longer.

In essence, poker is here to stay for Liu, but a growing amount of dead money and difficulty in the live circuit has lead her to take both a gaming and a social media hiatus for a while. In the meantime, her future in competitive video gaming certainly looks bright enough to compensate.

Play Poker online and take on the best in a tournament!
Try your hand TODAY!