WSOP Yet To Confirm 2020 Series Cancellation 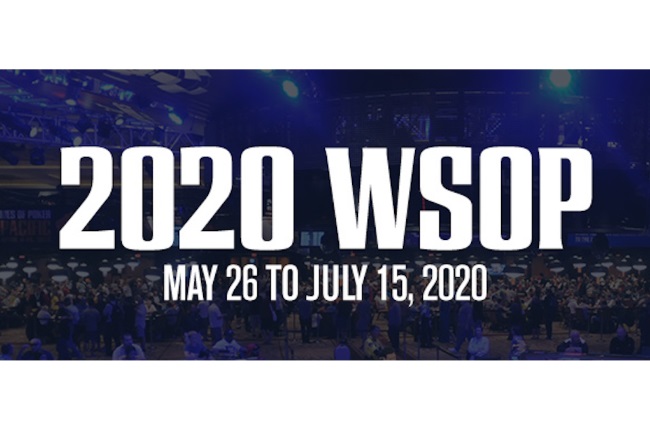 Save for a global health pandemic that has caused nearly 2,000 deaths in a single day in the US alone, there is probably nothing quite as paralysing as uncertainty and the inability to plan for the future. And the World Series of Poker’s supposed inability to reach a conclusion regarding whether or not the 2020 event by the same name can be expected to go ahead as planned in just a little over a months’ time from now, is causing the worst kind of uncertainty yet in the world of professional and semi-professional competitive Poker.

Even though it’s at this stage of the game highly unlikely that the event will be able to continue on schedule as planned, the WSOP seems completely unwilling to announce an official postponement. This has evoked a great deal of criticism from the ranks of some of the world’s best Poker players, not excluding Canada’s very own Poker golden boy, Daniel Negreanu.

Live Or Online Or At All?

There’s obviously the option of staging the event online. This will however mean that only those players accessing play from a select few states will be able to join in as online Poker isn’t legal across the board. This is probably why WSOP organisers are holding out to the very last minute before an announcement either this way or that is made.

Even though understandable, this is completely unfair toward those who are feverishly trying to plan what life will look like in the months to come. It’s in fact nearly impossible to make even a single concrete plan without the most basic of information: will the series be played this year, or will it not? And if not live, will it at least be played online? Gnawing questions, to say the least.

And to add insult to injury, not unlike most other world sports, a change to the schedule will necessarily impact the entire schedule across the tournaments board for the remainder of the year. It’s simply not as easy as bumping the entire thing up to a future date and getting on with life.

Which of course further strengthens the argument that a decision must now be taken either way. There simply is no more track left on the runway as far as decision-making time is concerned and the WSOP owes it to its thousands of players, the Rio, and also to its employees, to make a decision regarding the immediate way forward on the double.

It’s the right thing to do.