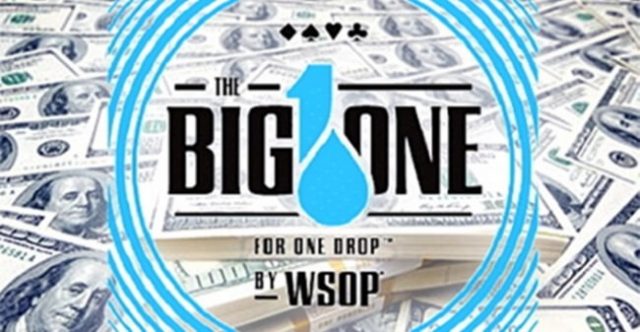 That the World Series of Poker recently did for safe-drinking water charity One Drop is much more than what the Little One For One Drop name of the special Poker event tends to suggest. The event attracted the second-biggest field of players in history, and together, the 8,569-strong field of players made a fantastic $693,306 donation possible.

The prize money allocated to the winner of the event, namely Poker-pro James Anderson, came in at a slightly lower $690,686. Despite the Little One For One Drop event being the makings of his very first WSOP bracelet, Anderson is no newcomer to the game. To date, he has won more than $2 million in career winnings.

But despite Anderson’s top performance and handsome reward, its runner-up Fernando Karam who in our opinion deserves a special mention and recognition. Karam absolutely dominated the field for most of the final day but was eventually totally tripped up by a runner-runner flush. From then on out, Karam wasn’t once able to regain his position at the top of the leaderboard.

Despite Karam’s inability to claw his way back past Anderson into pole position, the day turned out to be a very enjoyable and a major-league success, especially in view of the fact that it all went down for a very good cause.

A Point For The Ladies

Sadly, the same can’t be said about Event #77. The event has been described as a “cheap bracelet event”, with many players having complained very vocally about the fact that the event had attracted only 93 entrants. The number of entrants is directly linked to the ultimate size of the prize money and so this was to be expected that no fat fortunes were going to be made during #77.

But all was not lost because the event did provide us with yet another female main event winner. Canadian Tu Stephanie Duo made clean work of winning he event and was rewarded prize money to the tune of $133,189 for her efforts. She also won $52,007 for her fourth-position finish in the $1,000 Ladies No-Limit Hold’em event that was played a couple of weeks before the #77 event.

Experience the thrill of playing Poker ONLINE. Join in the FUN 24/7!