WSOP-C Set To Return To Canada In August 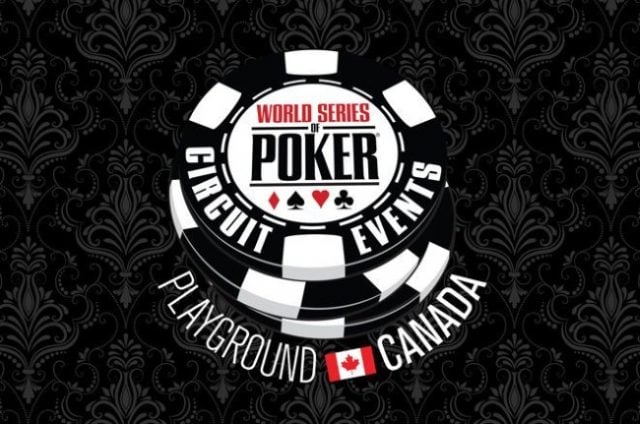 More good news prevails as the World Series of Poker Circuit (WSOP-C) prepares to make its return to Canada. The circuit will be visiting the country for its second international stop for the year and seven tournaments will be played at Playground Poker Club in Kahnawake, Quebec. The tournaments will run from August 18 through September 2, and the guaranteed prize pools have been confirmed at a fantastic $4,000,000.

This will also be the second year in a row that the WSOP-C will be paying Playground Poker Club a visit and to add even more excitement to the entire affair, a confirmed seven World Series of Poker Circuit rings will this year be up for the winning. The event will make room for every type of player, with buy-ins ranging from a $330 all the way up to $5,300 for the honour of participating in the circuit’s signature high roller event.

The highlight of the tournament is without a doubt the $1,100 buy-in Main Event. Guaranteed prize money totalling $2,000,000 as well as very special brand-new concept will be at the order of the day. Online players will this year have the opportunity to enter an online version of the Main Event. The online version is called Day 1 & 2. This special event will go down on August 18 and will afford players the opportunity to play the first two days from home.

The live version of the popular Main Event will go down on location at Playground starting August 27, and will run through August 29th. The days have been categorised as being Day 1A, Day 1B and Day1C.

But the high buy-in events don’t make the $330 Colossus event any less special. The event is the lower entry point into the action and will consist of a total of 13 starting flights. Here too, a number of the flights will be played online, and specifically the first 4 flights.

But perhaps even better than the fact that the event will afford players with a more conservative bankroll the opportunity to stake a claim to a WSOP Circuit ring, is the fact that Colossus presents to its players a fantastic $1,000,000 in guaranteed prize money.

Playground Poker Club is the proud home of the “industry’s most comfortable Poker chairs”.

Experience the THRILL of playing Poker online. Play and win 24/7.